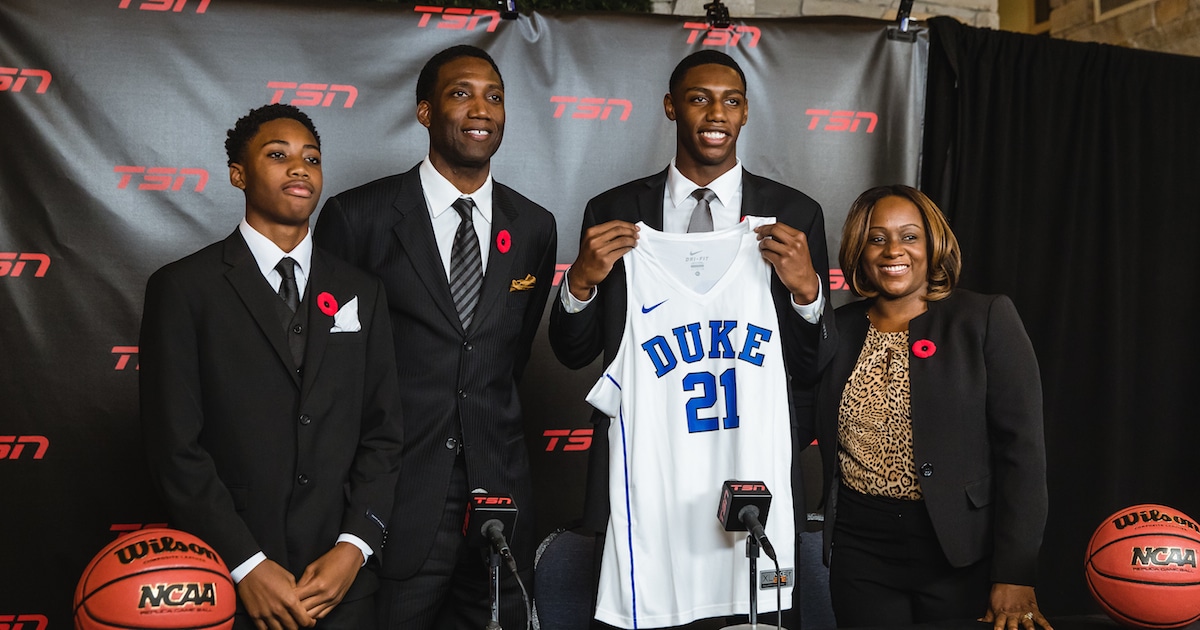 On Friday night Duke landed a commitment from the No. 1 ranked HS prospect in the world, RJ Barrett.

His final three schools in consideration were Kentucky, Oregon and Duke.

The 6-7 Canadian native (Mississauga, Ontario) led his country to the U19 FIBA World Cup gold medal in Egypt. It was the first time that Canada ever claimed a gold medal (in basketball) in international competition. Canada has been producing top-notch hoops talent for the past few years and Barrett is expected to be the next one up the pipeline.

SLAM was in the building for the announcement on Friday as photographer Charlie Lindsay captured some behind the scenes images of the night.

Scroll through the photo gallery above to relive RJ’s big day and see below for our two-part mini-doc with the Canadian stud.