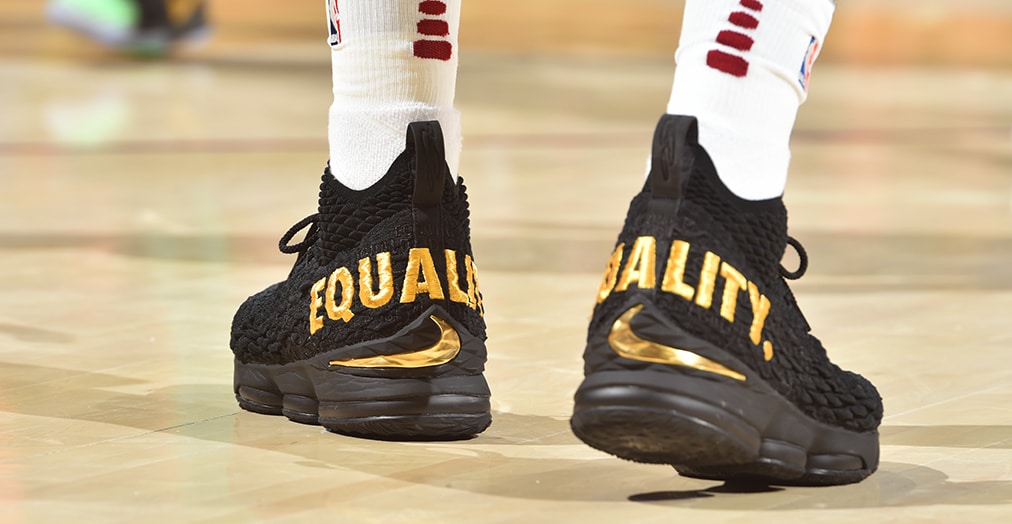 The first two weeks of the 2017-18 NBA season are in the books. While the Cavaliers and the Warriors have struggled to maintain their dominant ways so far, their stars have had no difficulty in pulling off fire on-court sneakers.

LeBron James has been playing in the Nike LeBron 15 this season, the silhouette he calls his favorite to date. For the Cavs’ opening night game against the Celtics, James debuted the “Equality” colorway. The sneaker speaks for itself but, as a reminder, James, Stephen Curry and the NBA were pulled into a storm of stupidity a few weeks earlier. And the King made sure to make a statement with his opening night sneakers.

Sometimes it's bigger than basketball. The King's PEs were the top sneaker of October. pic.twitter.com/tfPnI1XBrr

Curry’s been playing in the Under Armour Curry 4 since last June and he debuted a new colorway of the 4 against the Mavs. It features a clean white upper and a gradient on the midsole, transitioning from a speckled white to blue, leading up to a yellow version of his logo.

Taurean Prince and Nick Young, two more Three Stripes athletes, flexed with their own special silhouettes. Young broke out the adidas Gil Zero 2 in a white and silver colorway, while Prince showed support for Breast Cancer Awareness by customizing a pair of Crazy Explosives with a pink hue.

There was more appreciation shown for Breast Cancer Awareness from Jimmy Butler, Stanley Johnson and Langston Galloway. Butler played in a pink Air Jordan XXXII Low, Johnson laced up the Nike Kyrie 3 “EYBL” and Galloway, somehow, played in the Nike Air Zoom Generation “Gloria,” an ultra-rare sneaker that was made in 2004 and hasn’t seen the light of day in a long, long time.

Scroll through the gallery above to see more of the best sneaker action from October, including customs from Karl-Anthony Towns and Kyle Kuzma, the best adidas Dame 4 colorway and much more.