The adidas Crazy Explosive got tons of criticism when it was unveiled. Then people started hooping in it and quickly fell in love with the design and feel. 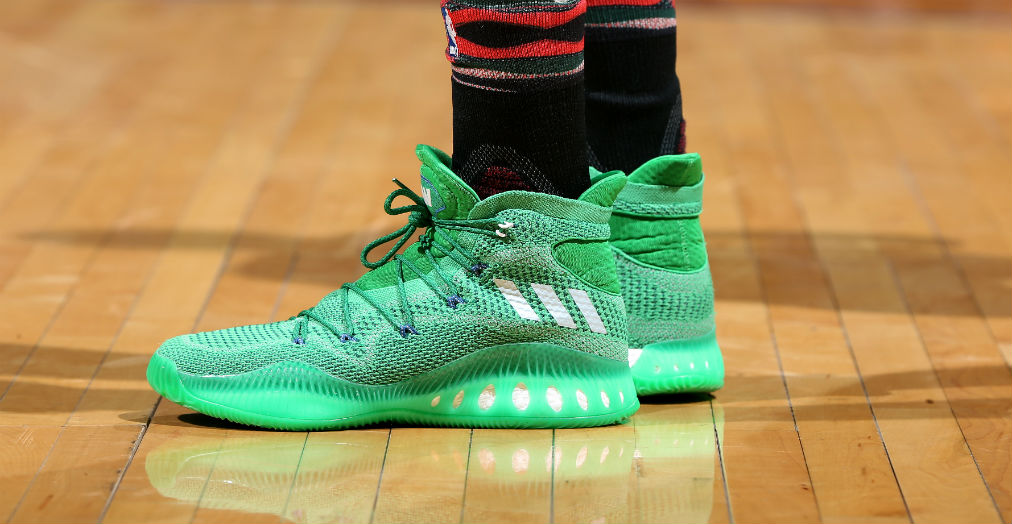 When the first images of the Crazy Explosive leaked online last summer, the critics went to work on it. They hammered it, talking junk, saying it looked like a mountain climbing shoe.

But, like with the Harden Vol. 1, adidas was trying to change things up. They were trying to make something new.

“I like [the Crazy Explosive] a lot,” Andrew Wiggins said before the season. “I like the different colorways. I like the comfort level, the BOOST at the bottom. When you stand up and you’re wearing the show it’s like you’re standing on a big cushion. It’s dope.”

In the middle of his first season as an adidas athlete Kristaps Porzingis told us, “Honestly it’s much more comfortable than I expected. The landing after my dunks is so soft, I don’t hurt my feet at all. I know they’re still working [on a new design of the shoe], so the shoe will only get better. It’s amazing for my feet, I have nothing bothering me.”

The Three Stripes used Wiggins as the Crazy Explosive’s primary endorser. Wiggins, who put up a career-best 22.8 ppg this season, lived up to the sneaker’s name as he jumped out the gym more than a few times while rocking the kick:

After the All-Star break, adidas introduced a low Crazy Explosive, with floor generals like Kyle Lowry and Ricky Rubio wearing it while running the show. The low took away the original high collar that people were originally ragging on, but kept the BOOST and Primeknit upper.

Scroll through the gallery above to see Wiggins, Porzingis, Lowry, Rubio, Brandon Ingram, Jamal Murray and others who rocked the best colorways this season.