Steph and Seth made statements with their Curry 3 colorways. 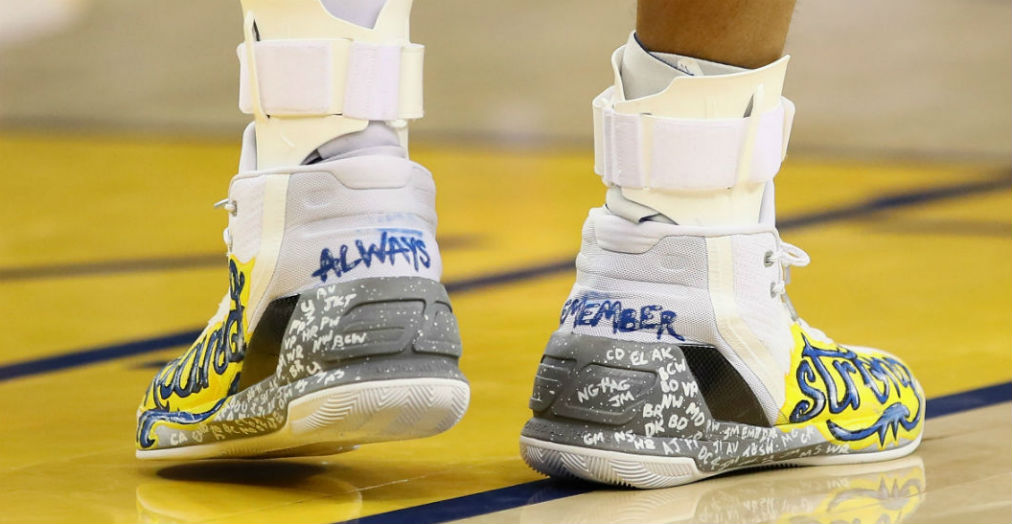 Stephen and Seth Curry dance around the court, fluttering through defenses. They shake and bake to find three-point opportunities and when they don’t have the ball, they fly around in the passing lanes, looking for steals. They both play ball with the same light, effortless style, with quickness, finesse and skill.

While they were floating around the court this season, they were wearing the Under Armour Curry 3. It was the first Curry sneaker to feature UA’s Threadborne technology. Designer Kort Neumann incorporated the high-tension threads to help the Curry 3 stay adaptive and responsive.

“The level of how you can customize [Threadborne] is amazing,” Neumann told us before the ’16-’17 season started. “There’s so many different variations of how you can apply it that it really took us a little while to figure out how to get the best of both worlds, in terms of performance and aesthetics. Depending on category, the Threadborne can look different because of the different performance attributes that are needed.”

Throughout the season, the Curry brothers wore multiple colorways of the 3. While Seth went with clean, simple looks for his Mavs colorways, Steph had several meaningful ‘ways. There was the “Back2Back,” which honored President Obama, the “Oakland Strong” version to help those who had been devastated by the fires that were raging back in December and the “Dubfetti” joints that celebrated the two-time MVP’s 29th birthday. The brothers also laced up a special “Family Business” colorway when they matched up against each other in March.

Seth’s Mavs team didn’t make the playoffs, but Steph is currently wearing the Curry 3ZER0 during his postseason run. Scroll through the gallery above to see the brothers dancin’ on fools in the best colors of the Curry 3.

1,163
[ngg_images gallery_ids='2269' display_type='photocrati-nextgen_basic_imagebrowser']
Best Sneakers of 2016-17 Seth Curry Stephen Curry Under Armour Under Armour Curry 3
You Might Also Like