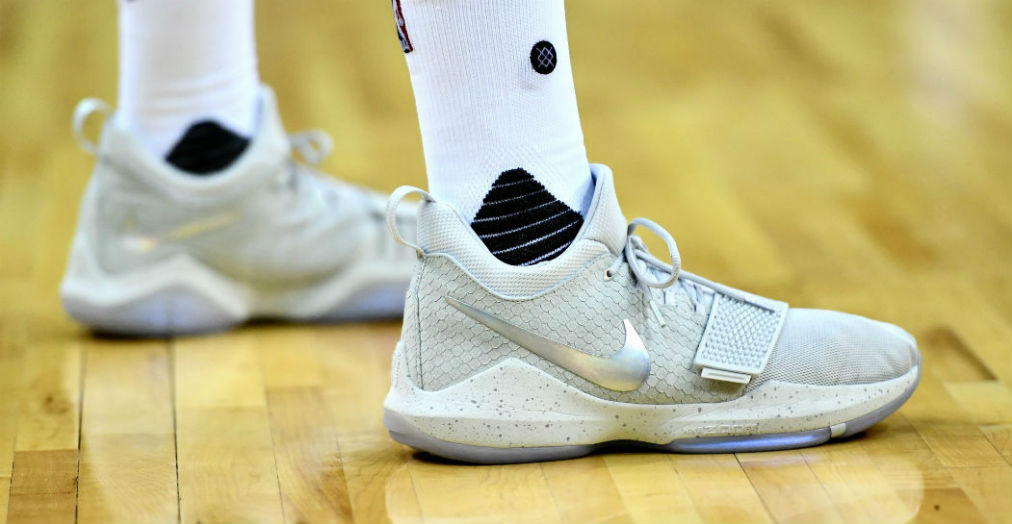 Nike dropped the first images of the PG1 back in January. The “2K” colorway unveiled caught fire on the internet. For the first time in a long time, everyone liked the same shoe.

The low-cut sneaker features a mid-foot strap, designed as much to keep its namesake Paul George locked in as it was for aesthetic.

“Initially, Paul had a little sketch that he did,” Hardman says. “It wasn’t a great sketch, but it had a forefoot strap on it. We knew aesthetically that’s what he wanted.”

George was extremely involved from the start of the process. Former teammate Solomon Hill remembers hearing about the sneaker two years ago.

“It’s been in the making for a while now,” Hill says. “I think the one thing that stuck out the most was his love for the colorways. The way he plays on color. He might throw a color in there that has nothing to do with the color scheme, but it just makes it pop. Sometimes he’ll add a red accent on some blue and gold sneakers. He always wanted to control that, no matter if it was a player exclusive or his own shoe.

Hill won’t be the only one to have a stash. The PG1 has taken the League by storm. George’s teammates are wearing it, and so is everyone else, whether it’s point guards or centers.

“It’s a great combination,” Hill says. “I think that’s the biggest thing. The fit, the style, it’s that right type of combination for what’s needed right now in the sneaker community. Everybody has their flavors.”

Scroll through the gallery above to see all of PG’s flavors from this season.