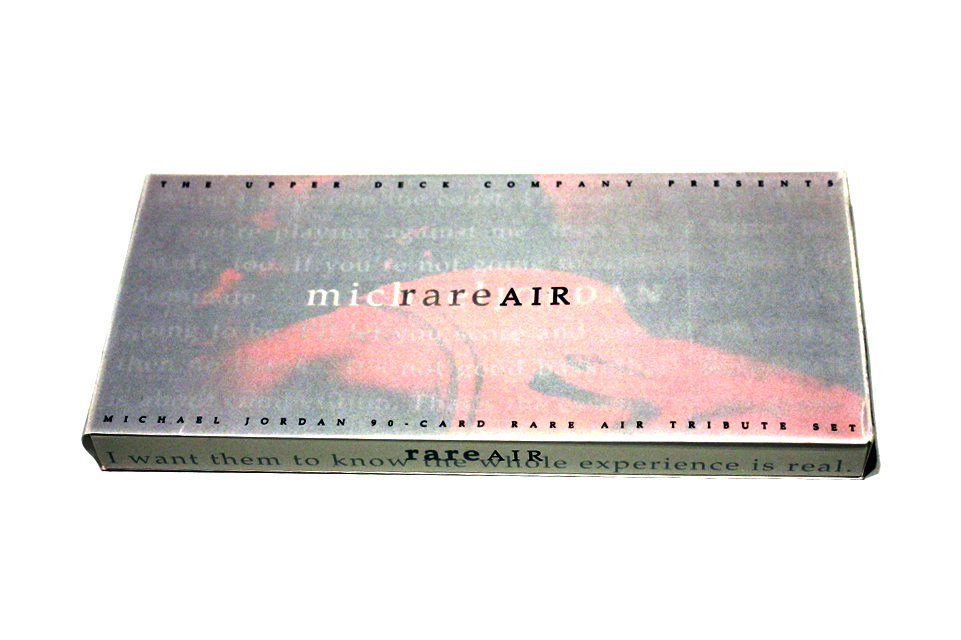 After MJ’s first retirement from the NBA, Upper Deck released the tribute set individually numbered to 55,000. This particular set is number 51,406 of 55,000.

There a multiple subsets within the box. It included “Rare Air,” “Decade of Excellence,” and “Outtakes.”

The set includes some great gems of Jordan on and off the court, showing key moments of his life and some great photos from iconic photographer Walter Iooss.