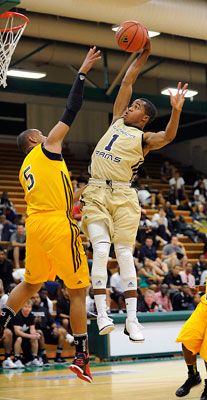 After breaking down the top HS seniors, juniors and sophomores throughout the country earlier this month in our annual pre-season rankings, it’s only right that we follow up with a galleries showcasing the top-10 players for the each of the classes 2013, 2014 and 2015. As you’ll see above, many of these rising stars are athletically gifted, with college or even pro-ready physiques. This senior class features many high flyers, including Julius Randle, Aaron Gordon, Kasey Hill and Chris Walker. Most importantly, they’re all one season away from joining the nation’s top collegiate programs and taking over March Madness… and eventually the League, for some. In the meantime, you can read all about these guys in our monthly print issues or on SLAMonline.com. It also wouldn’t be a bad idea to catch a live game now before it gets really expensive to watch them play!