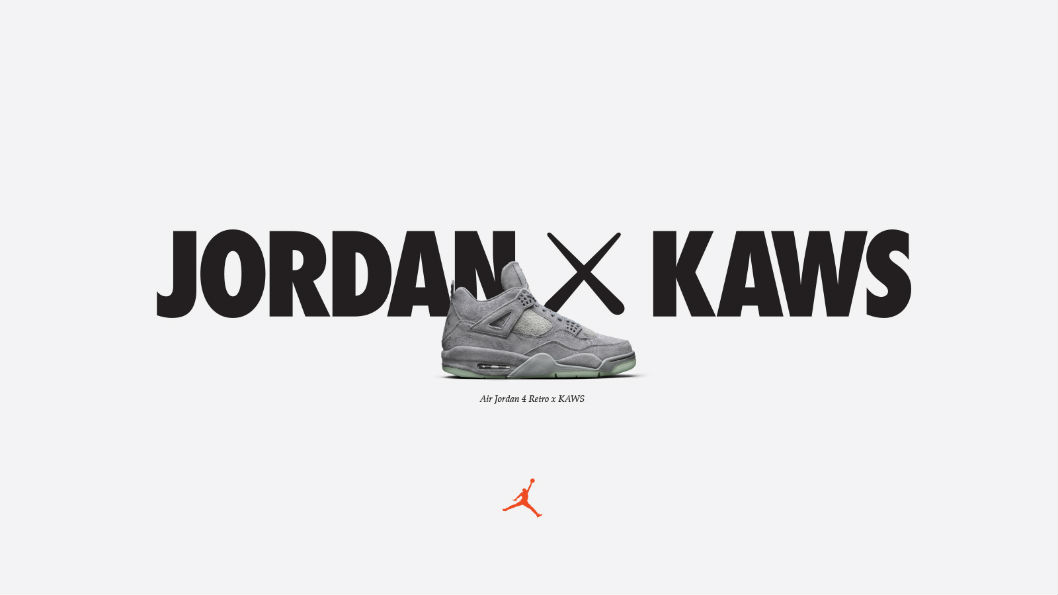 “With the IV, I kind of went away from the exotic and went more technical,” Tinker Hatfield says. “There’s not a big inspirational story, it’s a little bit more like, ‘we’re gonna do this new mesh, we’re gonna make this a little lighter, and it’s still gonna look a little different.’ The IV was meant to be a little more utilitarian. Like, ‘Ok, Michael, first year, whoa! Second year, gonna go out and kick some ass.’”

With that mentality in mind, the Air Jordan IV became one of Michael and Tinker’s most famous silhouette. Its heel tab featured the Nike Air logo and it had those mesh panels on the upper. Jordan Brand’s bringing four colorways of the IV this summer.

The KAWS collab uses a mix of materials incorporating a premium grey suede upper, a nod to KAWS’ companion pieces, and glow in the dark outsole.

The “Motorsport” colorway, originally released in 2006, was inspired by MJ’s motorcycle racing team. Back in ’06, only the 16 members of the racing team were given pairs. Now the legendary ‘way will release to the public for the first time.

The “Alternate Motorsport” pays homage to this passion and utilizes the original Air Jordan IV Motorsport colorway as a canvas, grounding the shoe in black, white and royal blue.

Rounding out the releases is the “Pure Money” colorway, dropping for the first time since 2006. It’s got platinum eyelets on the wings and a nubuck leather upper.

Stay tuned for official release info as the summer months get closer.