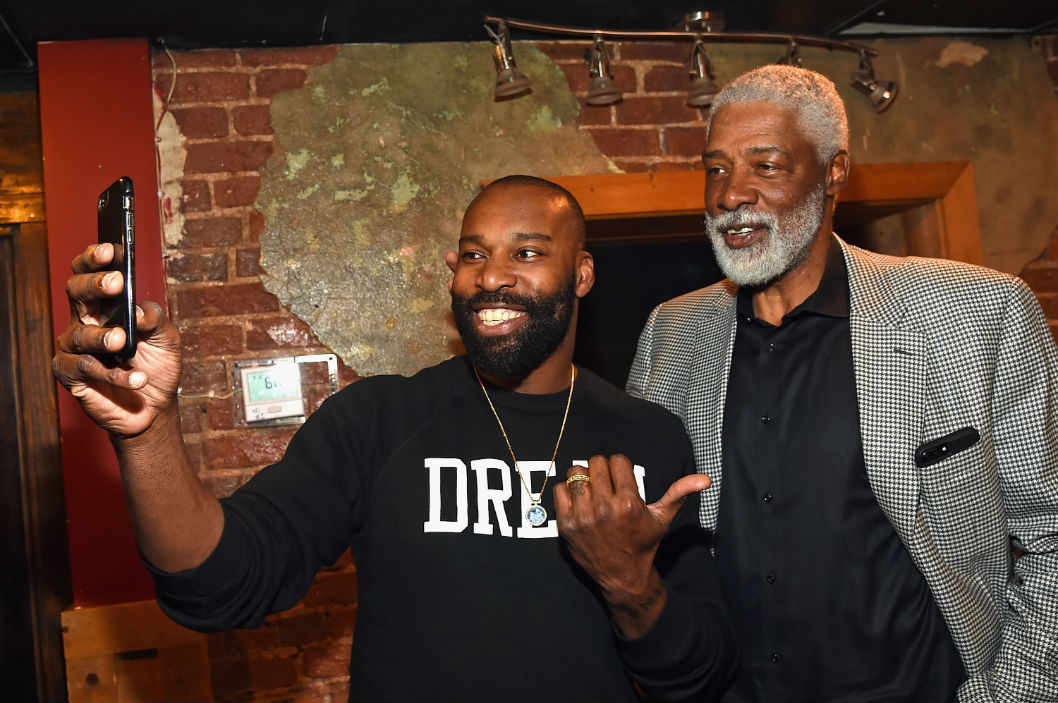 Baron Davis, who plays Louis in the Uncle Drew series, stopped by, and was joined by Julius Erving and George Gervin. It was announced that Kyrie Irving will be starring in an Uncle Drew movie. That announcement coincided with the launch of the new UncleDrew.com.