Toronto Based ‘LOYAL to a TEE’ Creates Unique NBA Gear 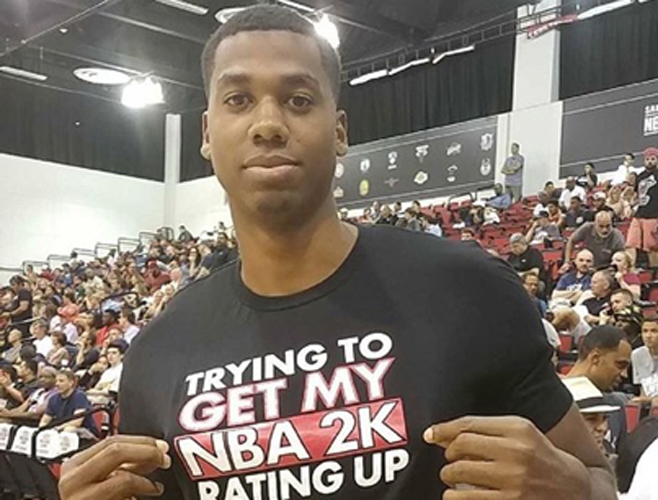 LOYAL to a TEE is a sports lifestyle apparel brand based in Toronto established by co-founders Ryan and Jason in 2014. Growing up with a passion for sports and fashion, the two were tired of seeing the same old team logos on apparel that fits like a box and feels like cardboard. This led to the creation of this brand with principles based on quality & fit, sports lifestyle, and creativity in designs.

Just like you can ask any fashion folk who their favorite designer is and expect a lengthy reply, any sports fan could do the same when posed with the question of who their favorite team or athlete is. LOYAL to a TEE aims to bring supporters together by creating a bond with their customers that turns them into family.

Since inception, several NBA players have taken notice. After Hassan Whiteside’s breakout triple-double performance on January 25, 2015, LOYAL to a TEE released a Rating Up shirt based on Whiteside’s infamous post-game interview quote—“I’m just trying to get my NBA2K rating up.” Soon after, Whiteside was seen wearing that shirt and caught the eyes of the NBA during a summer league game. Other players seen wearing their shirts include Raptors’ Jonas Valanciunas and 76ers’ Nik Stauskas.

One of their more popular designs was released after the announcement of Kobe Bryant’s retirement. Titled “Thank You Mr. 81,” the shirt celebrates the key achievements of Black Mamba, including a tally of 81 points and 5 championship rings.