For Jim Malone, basketball is a passion, a vocation and an escape from reality. On several occasions, basketball has been Jim’s best—and maybe only—form of catharsis, however subtle it may be. It’s been two years now, and Malone is still coming to grips with the harsh reality that his daughters, Paige and Jamie, aren’t coming back.

It’s been two years, but for Jim, it still feels like yesterday.

On July 15, 2010, Jaime Malone, 22, her sister Paige, 19, friend Michael Mulhall, 22, along with Justine Mulhall and Kelly Murphy, both 20, were on their morning commute to Camp ANCHOR, a summer camp for the mentally and physically handicapped where they all volunteered as counselors. At roughly 8:45 a.m., the four-door Honda, driven by Justine, veered off the Meadowbrook Parkway in Roosevelt, Long Island, and crashed into a tree. Jamie and Paige Malone, along with Michael Mulhall, were tragically killed. Justine and Kelly suffered minor injuries. In an instant, three promising young adults, who selflessly devoted their time and energy to helping the less fortunate, were gone.

Joe Lynch, like so many others, was devastated upon receiving the news. At the time of the crash, Lynch was entering his senior year at St. John’s University. He was also Paige Malone’s boyfriend, enjoying the summers they spent together and dreading the days when they would have to adjust back to a long-distance relationship, as Paige was a student at the University of Richmond. Madly in love one second, heartbroken and distraught the next.

To keep Paige, Jamie and Michael’s memory alive, Lynch established the Malone Mulhall Benefit Basketball Game. The game was started to commemorate the three friends and their lifelong work with Camp ANCHOR, serving as a reminder of the value they placed on community. It would feature the premier basketball talent from the Long Island area, raising money for charity through ticket and food sales.

Last Saturday, July 28, Jim Malone was courtside at Adelphi University’s Center for Recreation & Sports for the second installment of the Benefit Game. The Beach Channel High School boys basketball coach has an undying love for the game, so the setting for honoring his children seemed, and felt, apropos.

“It’s very hard,” Malone told the New York Post. “I see all the faces of their friends. It reminds you. You see all the kids and boyfriends and girlfriends. It makes it hard.”

More than 1,500 people came to take in the star-studded event, which featured many of the top players from the New York area. The rosters included San Antonio Spurs swingman Danny Green, former Iona point guard Scott Machado, former Notre Dame forward Tyrone Nash, former St. John’s standouts Paris Horne and Justin Burrell, and several others. Milwaukee Bucks forward Tobias Harris was there signing autographs and snapping countless pictures with enamored spectators of all ages. There was no buffer between the players and the fans, creating an integrated, family-type atmosphere. It was a special afternoon, facilitated by two baskets and a bouncing ball.

The game saw NBA Hall-of-Famer Chris Mullin’s “red team” defeat ESPN play-by-play announcer Mike Breen’s “blue team,” 116-104. While the game featured exciting dunks and ball-handling displays (check the tape and photos above), for the participants the afternoon was about paying tribute and saluting those who perished.

Green, a North Babylon native and legend at St. Mary’s High School in Manhasset, NY, was a 2005 McDonald’s All-American and Nassau County player of the year before starring at North Carolina, where he won a National Championship in 2009. Now an integral part of the Spurs, Green made sure he was available to take part in the event.

“Me and Joe are close friends,” Green told SLAMonline. “I told him I’d definitely play in the game again. It’s an easy way to give back and honor the lives of those who died in the horrible car accident. Plus, Long Island is still, and will always be, my home. My family still lives here, so it’s not like I’m coming back here to visit. These are my roots.”

“I think it’s an important event to keep the memory of the people alive,” Machado added. “I know Joe well, and he asked me to come out here. I felt it was a good thing to play, and people like my family and friends can come out and watch me play as well.”

Prior to the game, the at-capacity gym was treated to a Three-Point Shootout, followed by a Dunk Contest. Former Providence guard Jeff Xavier and Green tied for the Three-Point title. Team Nike member Vernon “Vern” Goodridge, who was fresh off a summer league tryout with the Bucks, defeated Horne for the Dunk Contest crown. All of the players, along with Mullin and Breen, signed autographs and took pictures for more than 25 minutes after the game.

The money raised will go into the coffers of Camp ANCHOR, with a large portion going towards the camp’s athletic department. After the game, Lynch estimated the event raised close to $100,000 combined over these first two years, including foundations and scholarships the families have set up.

The void created on that July morning two years ago can never be compensated for. But even still, in the darkest of circumstances, there is a semblance of a silver lining. Every summer, Paige, Jamie and Michael will be celebrated, honored and remembered for everything they stood and were destined for. An event like this, however transient it may be, helps alleviate the pain and leaves a resonating taste of joy and appreciation, if even for a day. 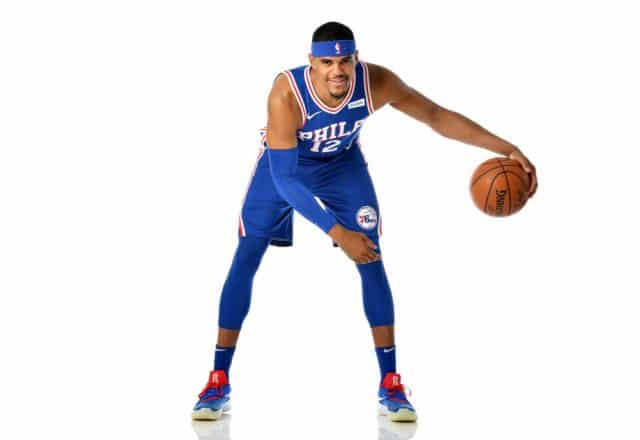 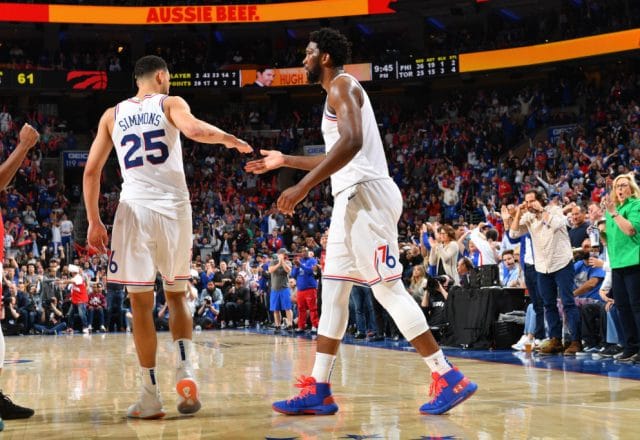