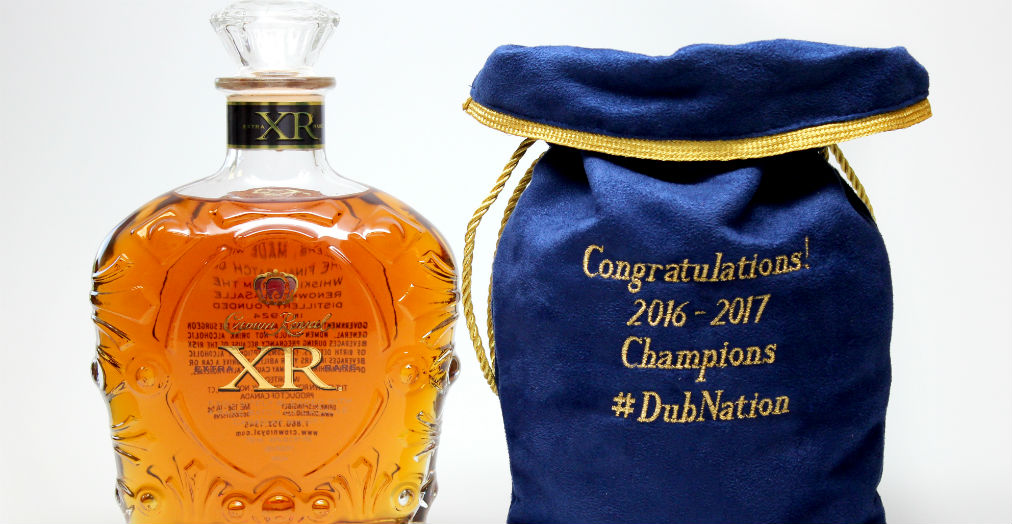 Mychal Thompson, former Lakers big man and father of Warriors sharpshooter Klay Thompson, gave the newly crowned NBA champions quite the gift this week following their win over the Cavaliers. The proud father gifted each player on the Dubs a bottle of Crown Royal XR in honor of the team’s second championship in three years. Via press release, Thompson said of his gift to the team:

“There’s nothing more rewarding than watching my son and his teammates compete for the third straight year to win an NBA championship. These guys have played their hearts out all season long and are so deserving of this title. To congratulate them, I’m gifting the team and coaching staff with commemorative bottles of Crown Royal XR – I couldn’t think of a better gift as they celebrate as they’re crowned the 2017 champions.”