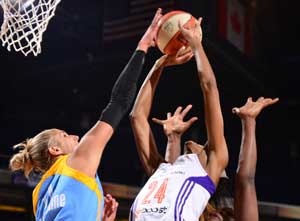 A compilation of the best images from the past seven days. Catch up on what happened during the WNBA All-Star Game, the Special Olympics and NBA in Africa by scrolling through the photos above.