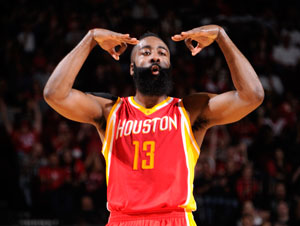 A compilation of the best images from the past seven days. In the NBA photos above, relive the action from this week’s games—including James Harden’s career-night, the usual sweet dunks, the @warriors’ Social Media Night and more.