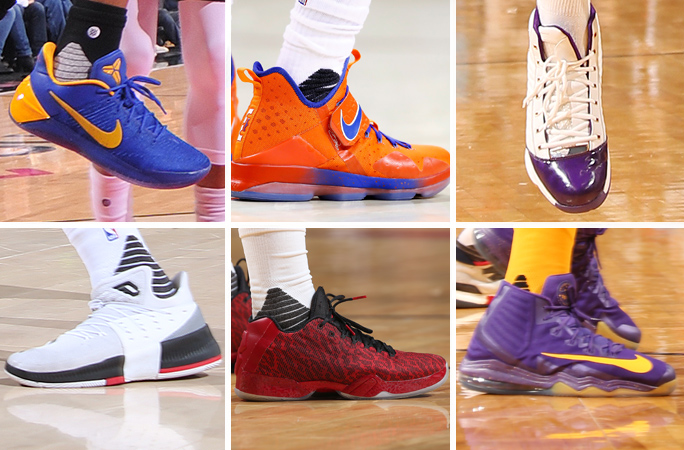 It was a colorful night for kicks as a couple of teams broke out alternate jerseys and players rocked kicks to match.

In Cleveland, the Cavaliers celebrated Hardwood Classics Night by bringing out their classic orange kits. LeBron James wore the “HWC” model of his Nike LeBron 14 while Kyrie Irving rocked a pair of white/orange Nike Kyrie 3s. Iman Shumpert opted for the retro theme as he donned the Air Jordan XIII in the newly released “Black Cat” colorway.

Other players making sneaker noise on Sunday night included Montrezl Harrell as he played in the Nike Zoom Kobe 1 while Andre Iguodala wore a fresh Warriors PE of the Nike Kobe AD. Jimmy Butler gave the XXXI a night off as he balled in his “Jimmy Buckets” Air Jordan XX9 Low.

Catch out the rest of Sunday’s best in our latest NBA Kicks recap.