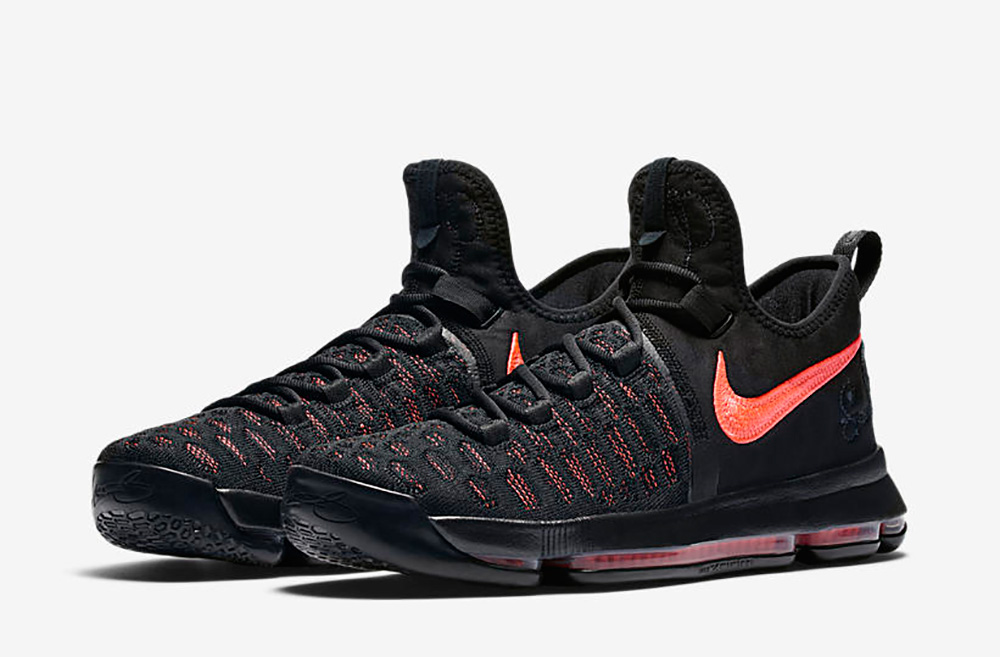 Kevin Durant’s Aunt Pearl passed away after a courageous battle with lung cancer. To always honor her memory, he and the Swoosh release an Aunt Pearl-themed colorway of his signature shoe each year that also supports the Kay Yow Cancer Fund.

This year’s version has a black upper and orange throughout the midfoot and on the swoosh. These release on January 28, for $150 on Nike.com.