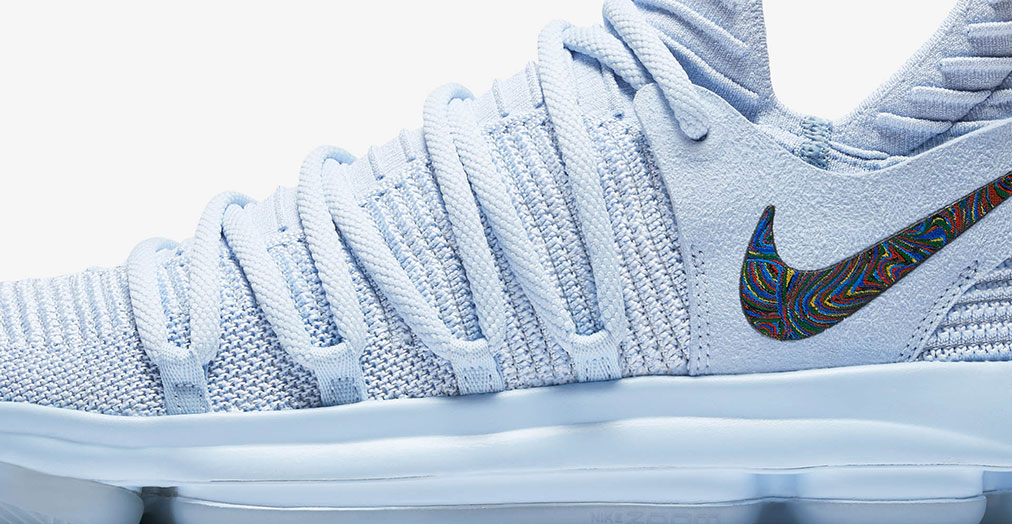 The 10 has a new lacing system that brings your foot closer to the midsole and a revolutionary Flyknit upper.

The “Anniversary” colorway, in Nike’s words: “The multicolor Swoosh represents the first ten years of his journey, while the rest of the shoe is a blank canvas, a story waiting to be written.”