From humble beginnings in 1990 to the Hyper Elite in 2015, Nike Basketball's NCAA uniforms have evolved with some of college ball's best teams. 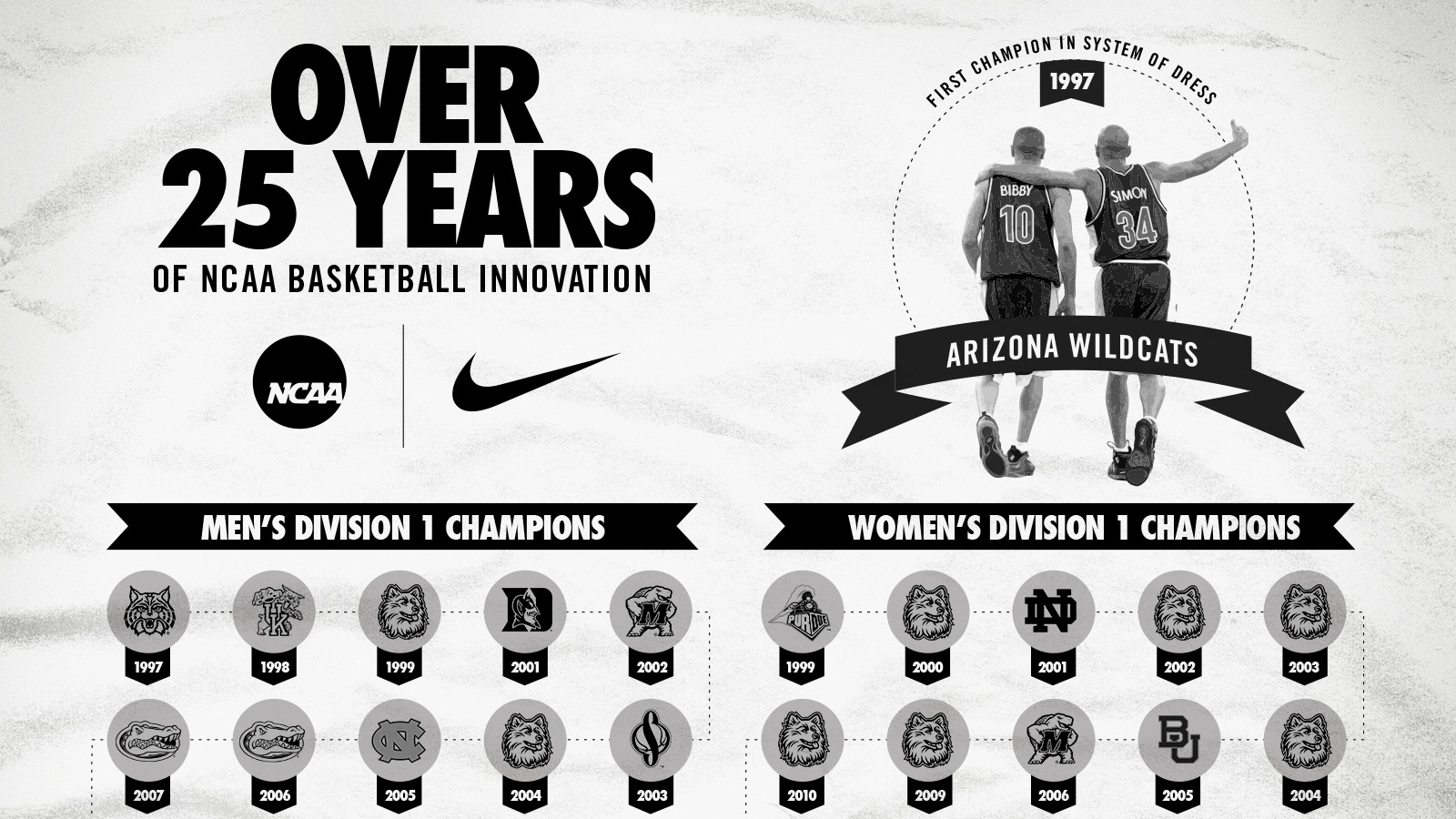 It’s officially March, people. That means March Madness. And of course, that means Nike Basketball outfitting some of the best college basketball teams in the bracket, as they do each season.

This year in particular marks the 25th anniversary of Nike Basketball’s uniform influence on NCAA hoops. Back in 1990, Nike debuted its first set of NCAA uniforms, with just three teams. Now? The Swoosh is responsible for hundreds of squads in all, counting both men’s and women’s combined. You can chart the history of the Nike Basketball uniform in college ball through its notable teams and players—scroll above to see some of the most memorable, like the Arizona Wildcats in 1997, the first to rock Nike’s head-to-toe “system of dress.”

Nike has always sought to make uniforms lighter and more playable, going from 26.8 ounces back in 1990 to less than half of that (11.4 ounces) for the Hyper Elite uniforms in 2015. For even more details on Nike’s influence on NCAA uniforms through the years, click here.