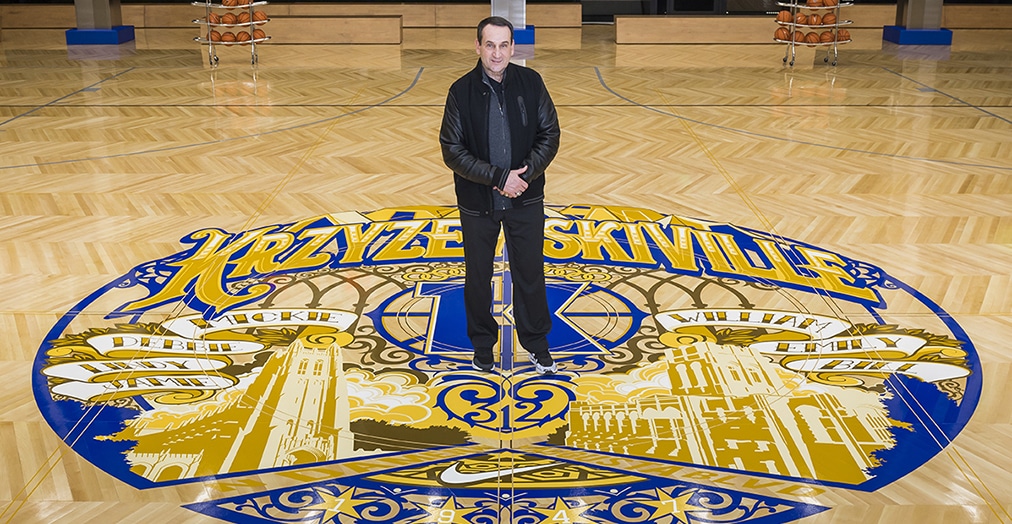 Mike Krzyzewski has worked with Nike since the 1993-94 season and in the time since has gone on to win five NCAA championships and five Gold Medals with USA Basketball. He also has the most wins in NCAA men’s basketball history.

In honor of their partnership with Coach K, the Swoosh has dedicated an entire building to him on their man campus in Beaverton, Oregon.

The Coach K Fitness Center is a 47,000 square-foot facility that has workout studios and exercise equipment. There’s a basketball court on the third floor that “pays homage to Coach K, his family and Duke University,” according to a Nike press release.

Check out the gallery above to see a preview of the Mike Krzyzewski Fitness Center, opening in early 2018.