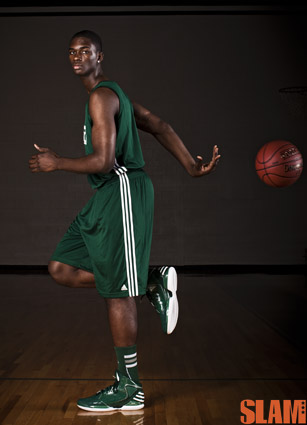 It was late September when Noah Vonleh, one of the best forwards in the 2014 recruiting class, decided he was ready to rejoin the Class of ’13. Just like that, Vonleh went from a long-term recruiting target to one of the most coveted undecideds in this year’s crop.

It was mid-October when Vonleh, who initially said he’d consider “10 or 15 schools,” trimmed his college list to half a dozen possible destinations: Georgetown, Indiana, North Carolina, Ohio State, Syracuse and UConn.

It was early November when Vonleh called us from the New Hampton (NH) School, where he’s on the verge of starting his senior season for the venerable prep program. He told us he didn’t really have a timetable for his decision and was looking forward to taking his official visits and talking things over with his mom. “Academics will definitely be part of it,” he said, “and then I want a coach that can get me ready for the next level, however long it takes to get there.”

It was November 10 when Vonleh announced that he was going to be a Hoosier.

Those six weeks might seem like a whirlwind from the outside, but apparently it was plenty of time for the 6-9, 225-pounder to be sure of his choice. Even before he made the call, Vonleh, a consensus top-10 prospect, said Tom Crean was among the coaches most interested in him before and after he reclassified; in fact, the day before we spoke, Crean showed up at a New Hampton practice to reinforce his interest.

“I wasn’t really paying attention to that,” Vonleh says. “I was just focused on trying to help my team get better.”

That focus is just one of the reasons Hoosier fans should be excited to have Vonleh coming to Bloomington next fall. A long, solidly built combo forward who reminds scouts of Marvin Williams and Harrison Barnes, Vonleh says he doesn’t mind those comparisons—but not surprisingly, he claims Kevin Durant as his favorite player. (Having recently turned 17, it’s not far fetched to think that he might end up taller than KD before all is said and done.) He knows he’s still developing—“I’m working on my mid-range game, improving my shot, getting my handle better,” he says, and he’s still a raw defender—but with his ability to start, lead and finish on the break with equal effectiveness, Vonleh has shown more than enough to justify his lofty reputation.

His path to this point has been a steady one. “Every year, I just kept improving,” he says of his prep career thus far. “Ever since my freshman year of high school, I’ve just been in the gym. I’ve been playing AAU for Mass Rivals, been to a lot of tournaments and camps and played against a lot of the best players in the country. Then I played really well last summer, so I just felt like I was ready to go back up to my original class.”

With his on-court progress never really in doubt, Vonleh needed to make sure he was current in the classroom, too. Given the work he’s already put in, that proved relatively easy: “I just had to change one English class,” he says. Among the recent assignments for said class was writing college essays. Here’s hoping Vonleh gets a pass on that one: Unlike most of his classmates, his college choice is already set. 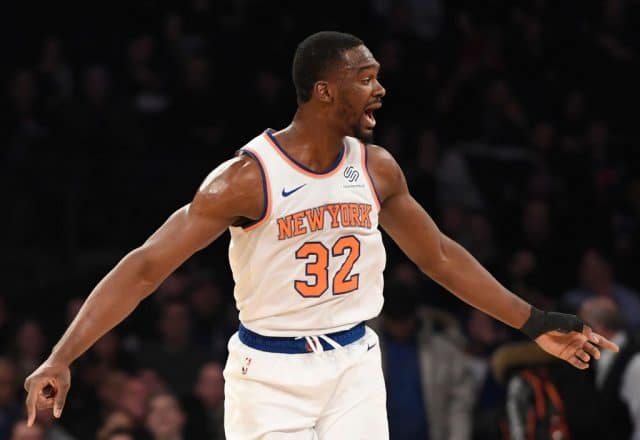