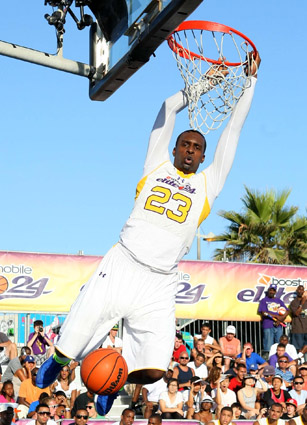 There’s something dope about seeing Brandon Jennings—in Ray Ban’s and a black Compton tee—acting as coach, entertaining his team at halftime with every dance move imaginable, as music flows and a dance crew attempts its very own routine on court.

That was one of the many memorable scenes from this year’s Boost Mobile Elite 24 tourney, held Saturday under the gorgeous palm trees at the famed Venice Beach Courts. Jennings and fellow NBA players Kevin Love, John Wall, Kemba Walker, Tyreke Evans and ESPN broadcaster Jay Williams served as coaches for some of the top high school ballers in the country.

Held smack in the middle of Venice Beach—the No. 2 biggest tourist destination in SoCal behind Disneyland—the event and its surroundings are serious sensory overload. It’s a nice stage for the kids, who took full advantage even before the game started this year. Brewster Academy post Mitch McGary went Wildebeest during the warmups, shattering a backboard after catching a pass off the glass from Aquille Carr. McGary’s vicious two-handed dunk sent chunks of glass everywhere, leading to a bloody gash on his shoulder that kept him out of the game. Officials tried to take him to a local hospital but McGary insisted on staying for the game so he could cheer on his teammates. As the only white kid in attendance, McGary picked up the nickname “White Chocolate” during the week but was upgraded to “White Thunder” after snapping the rim back.

Event organizers really lucked out—a serious injury was avoided and Venice Beach Parks and Rec had a replacement backboard in a storage unit nearby. As the new backboard was put into place, video of the dunk quickly made the rounds online, serving as some nice buzz for the nationally televised event.

When the game finally started, the Aquille Carr show was underway. The 5-6 Carr—nicknamed the Crime Stopper because when he plays crowds arrive and crime comes to a halt—was the clear leader of the Raymond Lewis squad, establishing tempo early and setting up teammates beautifully with his relentless drives to the bucket. Carr’s teammate and SLAM diarist Shabazz Muhammad also did his best to fill the void of McGary’s loss with a nice array of offensive moves but the Raymond Lewis squad could not hold off the Andersons. Kyle Anderson of St. Anthony High showcased his versatility, displaying a nice inside outside game and finishing with 18 points and 8 assists in leading his Marques Johnson team to a 142-132 win. He earned co-MVP honors for winners with Justin Anderson of Montrose Christian, an athletic wing who dropped 23 points and entertained the crowd with numerous nasty dunks, many ending with him hanging upside down from the rim.

Muhammad finished with 25 points and 9 rebounds and was named co-MVP along with Carr for Raymond Lewis. He says he enjoyed the experience despite the L. “This is my hometown originally, I’m from here, so it’s cool coming out cause all my family is here,”  Muhammad says. “The talent level was off the charts. It’s the top 24 players in the country you’re competing against and you could see that today.” 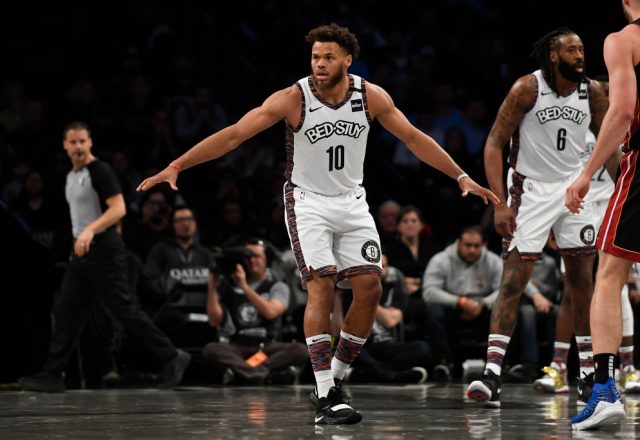 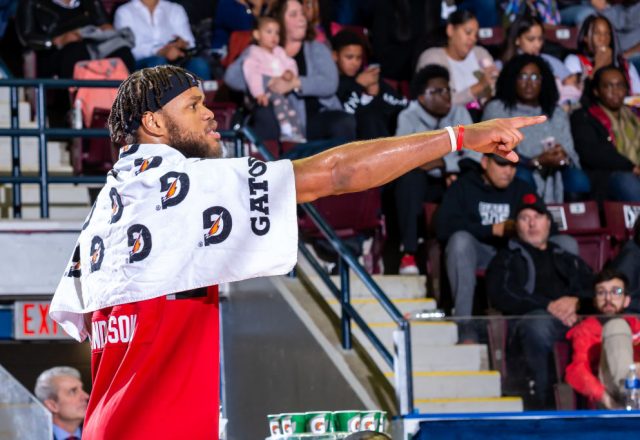 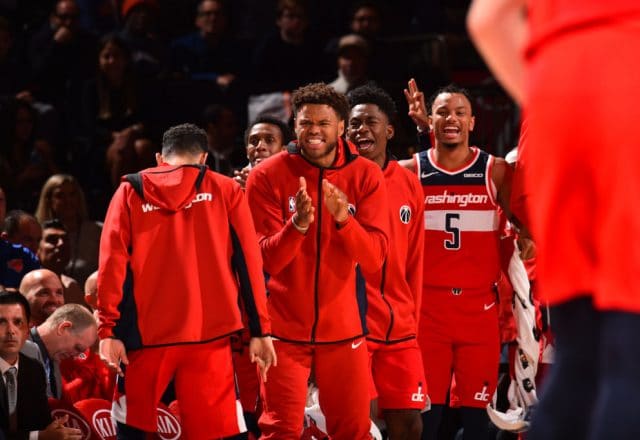 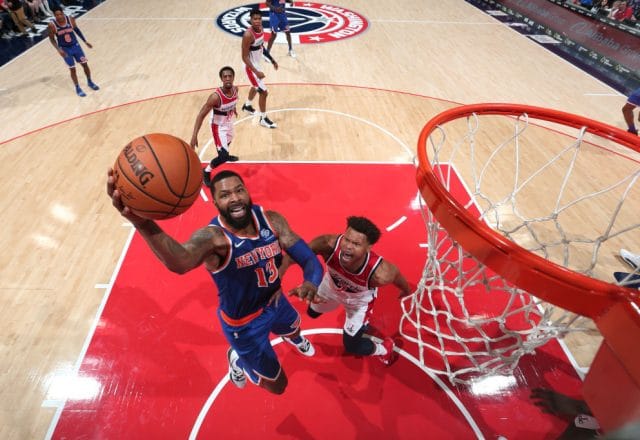