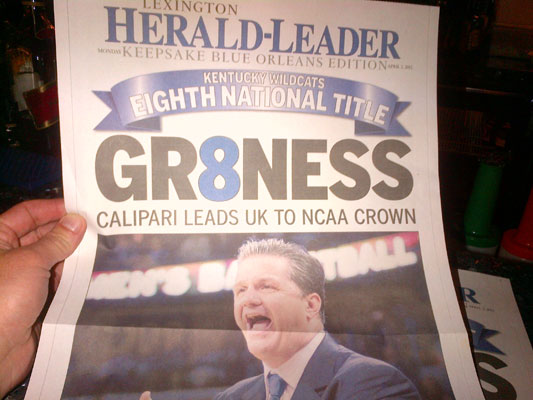 As you hopefully read, I kept live blogs for both Saturday’s NCAA Men’s Semis and Monday’s National Championship (I think they hold up pretty well as recaps, so check ’em out if you didn’t see yet), but obviously a Final Four trip—especially one to the great city of New Orleans—encompasses more than just the game action.

So, armed with a camera we recently got from GE, I tried to take pictures at most of my stops throughout the weekend, be they hoops-themed or more touristy. The highlight for me was getting to be on the court as the victorious Wildcats cut down the nets and “One Shining Moment” played over the loudspeakers, but really, the whole weekend was a blast. Hope this photo recap captures that!