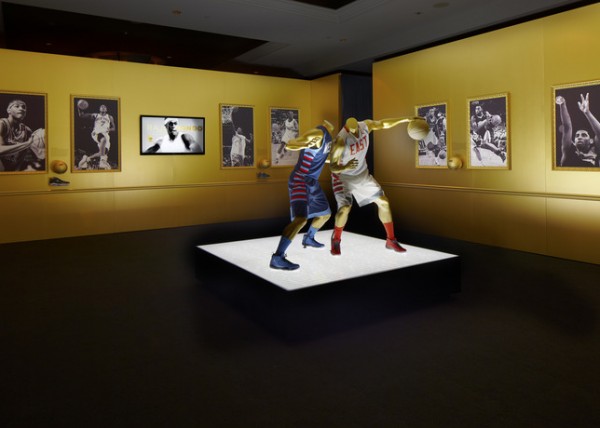 SLAMonline is the place to follow all the happenings from the Jordan Brand Classic—we’ve already got diaries from Nerlens Noel and Tony Parker, and be sure to check in on Saturday for our live blog! Until then, check out some of the pictures from the first few days in Charlotte, via CounterKicks:

It’s quite a boost to be considered among the handful of elite high school ballers in the country. So you can imagine the thrill of being selected to the Jordan Brand Classic, right up there with the McDonald’s All-American for exposure and sponsored by the namesake brand of the greatest player to ever do it. With that tone setting the stage, the East and West teams for the 2012 JBC touched down in Charlotte yesterday to prep for Saturday’s big game day.

The nation’s top basketball players arrived in Charlotte yesterday for the Jordan Brand Classic. The week started off with orientation in the Jordan Brand Classic Gold Room featuring images of past game MVPs and this year’s game jerseys and footwear. Jordan Brand Vice President, Howard “H” White, kicked things off followed by Hip Hop Preacher, Eric Thomas. The athletes listened to Thomas’ message of the importance of a strong work ethic.

Immediately following orientation, the Jordan Brand Classic National Team visited ESPNU’s headquarters for a Signing Day Special where Shabazz Muhammad and Nerlens Noel announced their college decisions live on television. All of the players received air time and interacted with some of the biggest names in college sports television.

The Jordan Brand Classic will be nationally televised live on ESPN on Saturday, April 14. The tripleheader will begin with the International Game at 2:30 PM followed by the Regional Game at 4:30 PM, and the All-American Game at 7:00 PM. For updated roster information, please visit JordanBrandClassic.com. (via Nike)