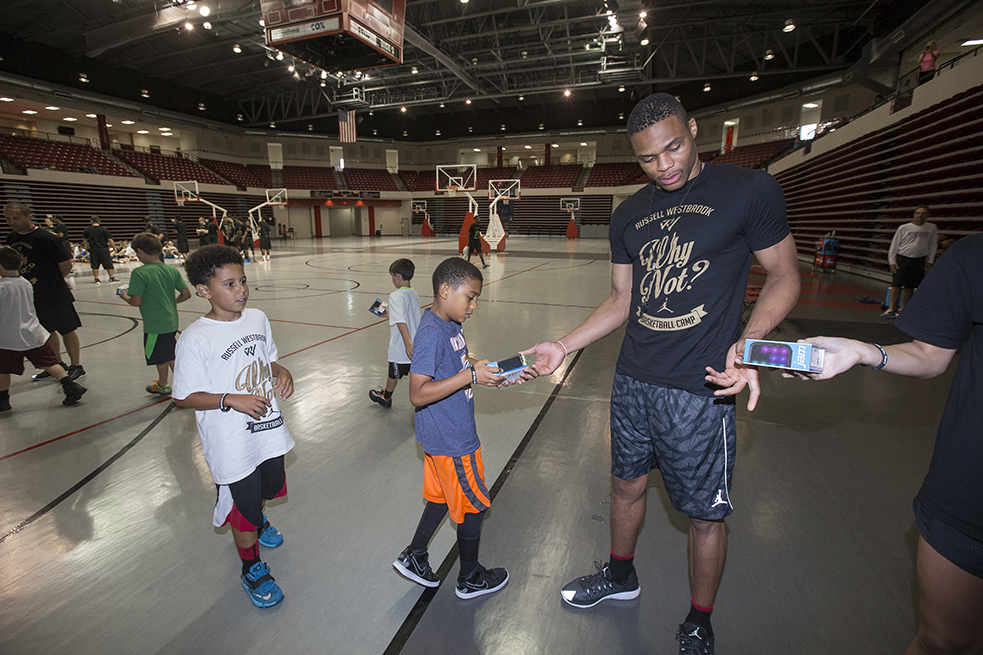 Thunder point guard Russell Westbrook continued to inspire youth earlier this month, holding his annual Why Not? Basketball Camp in Oklahoma City and Tulsa. Westbrook spent a week giving back to kids ages 8-16. He walked the children through basketball drills and demonstrated the fundamentals. At the end, Russ bombarded the kids with gifts, including Flips Headphones, Snackeez Cups, and Jam Speakers—courtesy of the three sponsors.

The 2014-15 scoring leader was also the recipient of the NBA Community Assist Award, so this camp was nothing new for him. Westbrook is highly known for his dedication to philanthropy. The Why Not? Foundation, which Russell founded, strives to encourage kids to dream big and always work hard.

Check out photos from Russell’s time with the kids above.