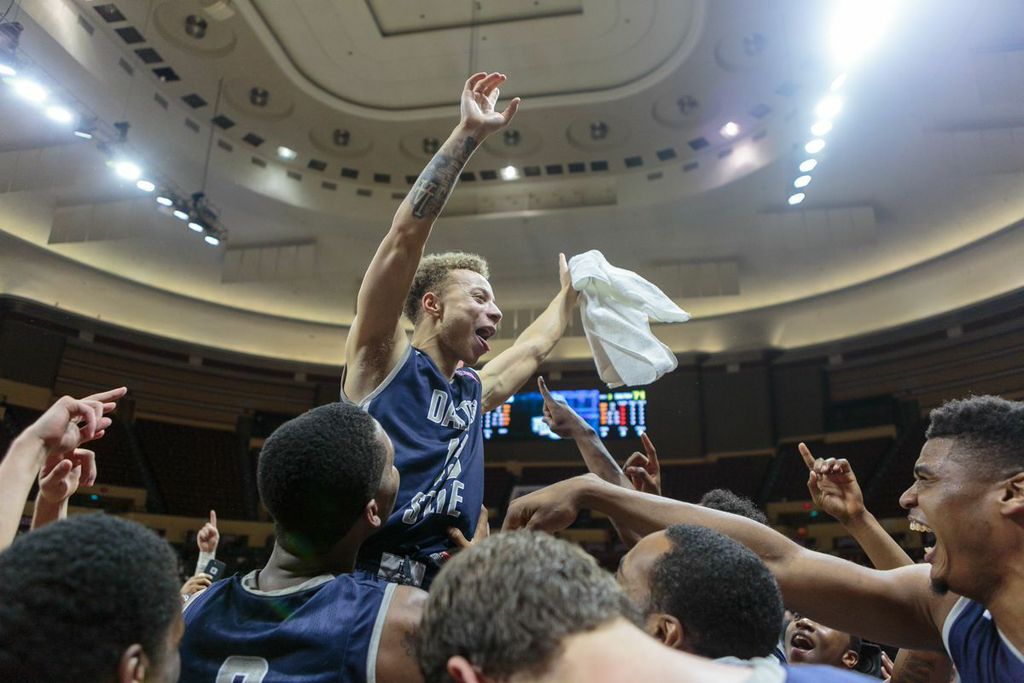 March Madness extends far beyond the Final Four and the famous brackets. It goes from Duke, all the way to Dalton State.

The 6-seeded Roadrunners from northwest Georgia, upset Westmont, a school in Santa Barbara, CA, 71-53 to win their first ever NAIA title. As a matter of fact, the basketball program at DSU is only in its second year of existence, and in its first year of eligibility.

Our man Ryan Nicholson was on hand to capture the scenes from the final two rounds, the results of which you’ll see in the gallery above. Check out what Ryan had to say about the experience:

I have my own personal history with the NAIA as a reserve guard for Oklahoma City University back in the mid ’90s when the tournament was held in Tulsa, OK, for several years. It was a great pleasure to cover the final two rounds of the 2015 tournament with my camera in my hometown for SLAM Magazine.

My goal was to cover the tournament both on and off the court and thanks to the NAIA leadership and the coaches of the four programs I was allowed all access. I was able to document pre-game preparations and speeches, game time action, and some truly enjoyable postgame celebrations.

As for the game results the first semifinal game paired Dalton State College from Georgia vs Talladega College out of Alabama. Dalton State advanced with a 64 to 54 victory. The second semifinal featured Hope International of California vs. Westmont College also of California with Westmont advancing to the final with a 70 to 69 victory.

Dalton State defeated Westmont College the following evening in the championship game 71 to 53. Congrats to the Dalton State College program on their first national championship.

Find more of Ryan Nicholson’s work on his website.