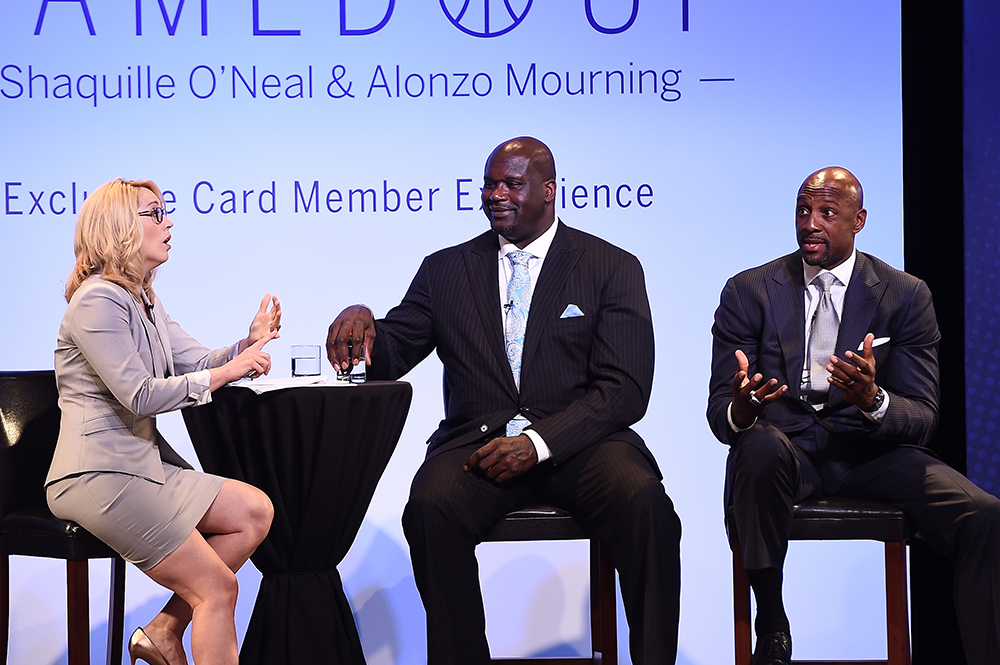 On Tuesday, American Express, the official card of the NBA, hosted a “Teamed Up” event with Shaquille O’Neal and Alonzo Mourning at the PlayStation Theater in New York City.

With the 2017 NBA Draft right around the corner, Amex gave its card members exclusive access to an interview with the NBA legends who were drafted first and second overall exactly 25 years ago.

ESPN analyst Doris Burke chatted with the two giants about being drafted together in 1992, back when centers dominated the game. They recounted what it was like to play against one another and then join forces to win a championship in Miami.

The two also shared their thoughts on the most recent NBA Finals as well as the League’s changing style. When asked how he would fare chasing three-point shooters in today’s NBA, Shaq responded, “I wouldn’t have chased them. I’d have knocked them on their ass.”

Shaq and Zo haven’t always been best friends. They were competing to be the No. 1 pick in the Draft before they even entered the League, and they went on to talk trash during Team USA practices and duke it out in the Eastern Conference for a good chunk of the ’90s.

In recent years, however, they’ve developed a great respect for one another, and they’re both still angry that Christian Laettner beat them out for the final spot on the Dream Team.

Check out pictures from the event above.