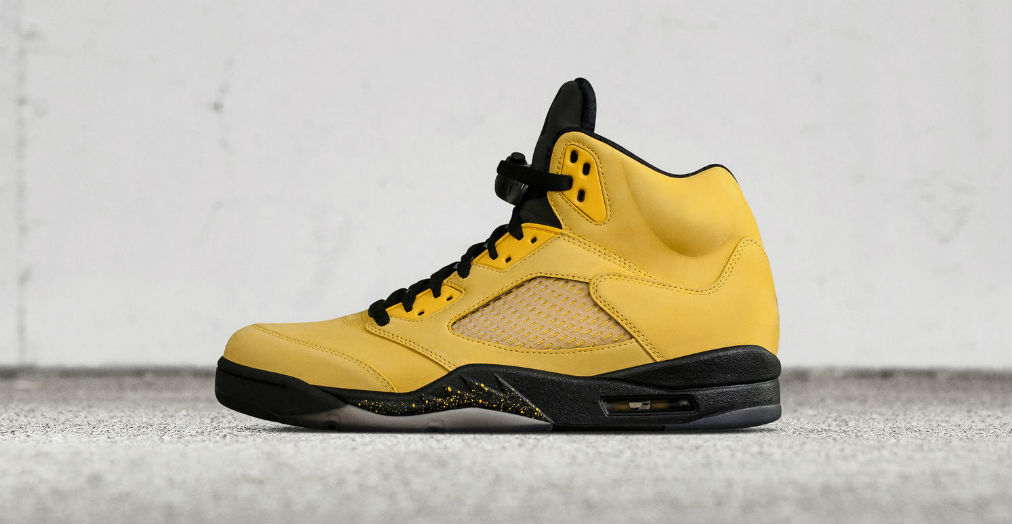 “If you were watching college basketball in the early ‘90s, the Fab Five stuck with you,” Tinker Hatfield says, via press release. “They brought a new style of play. They had swagger to their game that I hadn’t seen at the college level before. They became one of the most iconic teams in college sports. I wanted to create a special shoe that celebrated that team and marks the start of a new era for the teams at the Jordan Brand and the University of Michigan.”

Hatfield chose to go with the Air Jordan V to honor one of the illest squads we’ve ever seen.

Hatfield went heavy with the Michigan-related themes. He dressed the Vs in a maize colorway, that’s done up in suede. He also put a big “M” on the outside of each tongue and “Hail To” and “The Victors” on the inside of either tongues. The finishing touch is on the heel, where Hatfield included a new logo to signify the Fab Five.

Though these are already on Flight Club for $20K, Jordan Brand’s not releasing them. They’re only for friends and family of JB and the Wolverines.