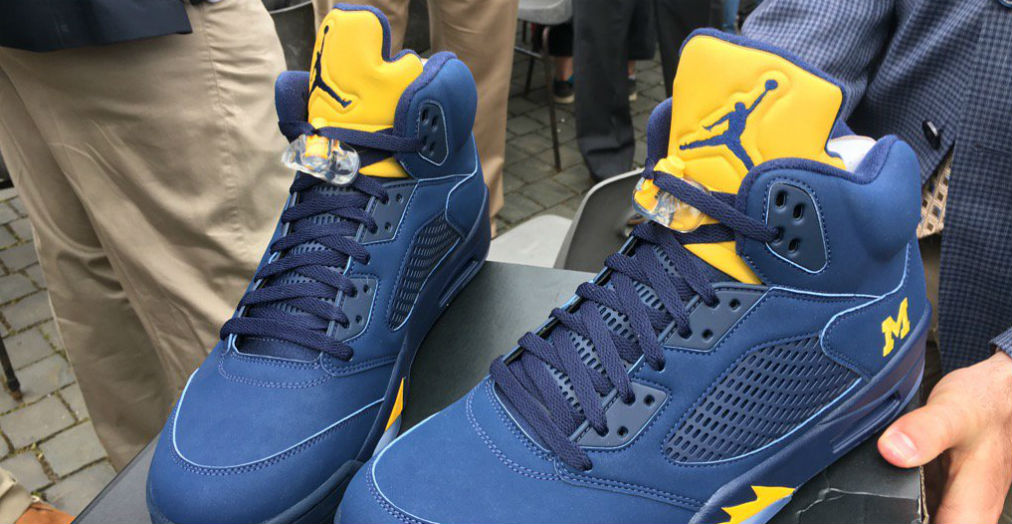 While at the Vatican, Coach Jim Harbaugh delivered two special gifts to Pope Francis. The eccentric football coach, accompanied only by his wife and none of his players, gifted the Pope a Michigan helmet and a Michigan-themed pair of Air Jordan Vs at St. Peter’s Basilica.

Michigan is sponsored by the Jordan Brand, of course. The Pope receives numerous gifts, but this is definitely the first time he’s been given a pair of Js. Would be great to see His Holiness walk around Vatican City in his Wolverines gear.