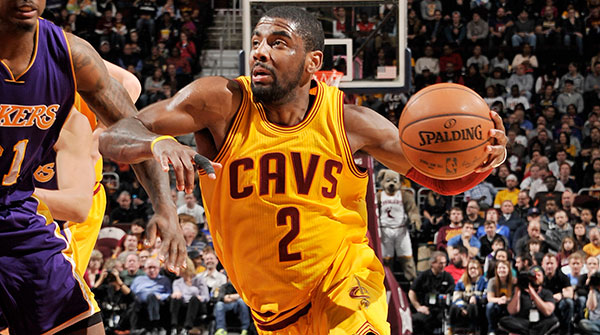 SLAM Editor-in-Chief Ben Osborne joined CBS Radio 92.3 The Fan in Cleveland this past weekend to talk all things NBA with host Joe Lull. Ben discussed the evolution of the point guard, previewed the SLAM 186 cover story on Stephen Curry, and compared Mark Price and Curry. The complete conversation is available at 923TheFan.com.

Here’s what Ben had to say about Price, Curry and the evolution of the point guard position:

“Mark was really ahead of his time. Mark was such a great shooter, the players that we talked about wanting to score, not all of them were great shooters. Even Isaih Thomas back then, he could score but he was not a great shooter. I think Mark and Stephen are very good comparisons.

“I wouldn’t necessarily put Mark or Stephen in the same lineage as Allen Iverson, or Damian Lillard, or Chris Paul, because it’s not just that Mark and Stephen want to score, it’s that they can shoot really, really, really well. So they are almost like apart from this trend, they are in a class by themselves—where they have a mentality of wanting to score and they can shoot great.

“Stephen is better off now because that’s encouraged, Mark was like ahead of his time. If Mark played today, and he had the greenlight to take those 10 threes a game like he told you Brendan, I think he would’ve scored a whole lot more. But not in a selfish way, he was a good passer, he got his assists and Stephen does the exact same thing.

“So I think you have an overall trend of point guards being more encouraged to score, and then the bonus with Mark Price and Stephen Curry is that they are also just absolute knock-down jump shooters. Which, that is not true of all these great point guards yet at all. That would be the next, next evolution. You’ve just gone from, rather than just passing it like a Maurice Cheeks, you can score like Allen Iverson and not be frowned upon. But those that can also have a pure, pure jump shot, that is still pretty rare.”