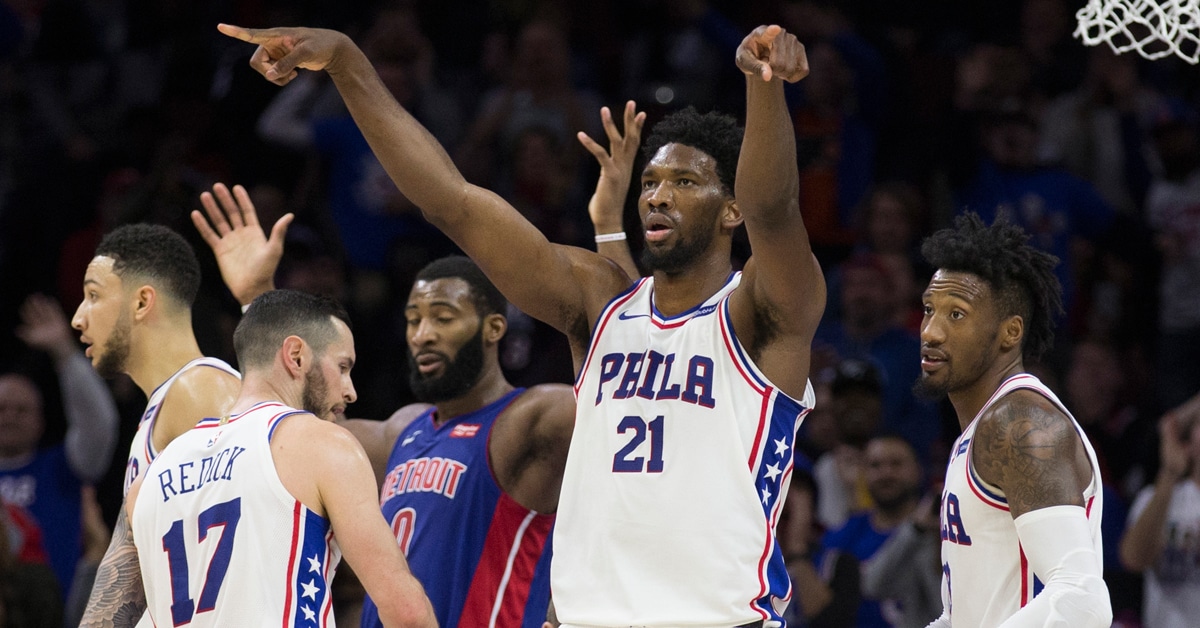 Boston built a 17-point lead in the fourth quarter only to see it dwindle all the way down to 2 with 2:09 left.

But, as usual, Kyrie Irving (19 points, 5 dimes) knocked down a clutch trey on the next possession and a finger roll with 0:28 left to put the Celtics up 6.

Dallas is 4-3 in the last two weeks, and they’ve done it with elite-level defense.

The Mavs have allowed just 97.5 points/100 possessions during that span, good for No. 2 in the League.

Nineteen TOs, just 28 points in the paint, 41.5 percent shooting. It’s hard to win with these numbers, even if you’re playing against a bottom-five team like ATL.

Spencer Dinwiddie led the way for Brooklyn with 15, 9 assists and 6 boards.

There’s a reason why D-Wade has more blocks than any player under 6-5 ever 🙌🏽 (via @cavs) pic.twitter.com/0qf3NAXZ5v

When the Grizzlies rallied back to tie the game late in the fourth quarter, LeBron James (34 points, 12 assists) scored 13 straight points to secure the win.

After the game, Joel Embiid revealed that he intentionally pisses off opposing big men so they play aggressive and he can draw more fouls.

It worked. Andre Drummond fouled out with 2:35 left while guarding Embiid.

Embiid finished with 25 and 10, while Philly improved to 2-0 against the Pistons on the season.

Drummond fouls out and Embiid let him know 😅 pic.twitter.com/HM1cTiQKfD

Milwaukee had a double-digit lead for basically the entire game until Sacramento cut the lead to just 1 with 1:43 left. But Milwaukee was able to hold on.

Giannis Antetokounmpo finished with a monster line of 33 points (on just 15 shots), 13 boards, 5 assists and 3 steals. It was the third straight W for the Bucks.

L.A. held the lead mid-way through the fourth quarter, but proceeded to have a meltdown in the game’s final minutes.

The Lakers committed 7 TOs in the fourth on their way to their fourth straight loss.

Gary Harris was a +20 in his 34 minutes, and captured the highlight of the night with this 360 jelly.

Jamal Murray dropped a game-high 28 points with 5 treys, but immaturely dribbled around Lonzo Ball in the final seconds.

One thing was certain before the game even tipped-off: This game was going to be the DeMarcus Cousins show.

With Anthony Davis out nursing a pelvis injury, Boogie dominated nearly every offensive possession for the Pelicans.

And while Cousins (38 points, 14-28 FG) going one-on-one doesn’t make for a great offense, he was good enough to beat the reeling Blazers.