Courtney Lee connects on alley-oop with 0.3 remaining in the craziest finish this season. 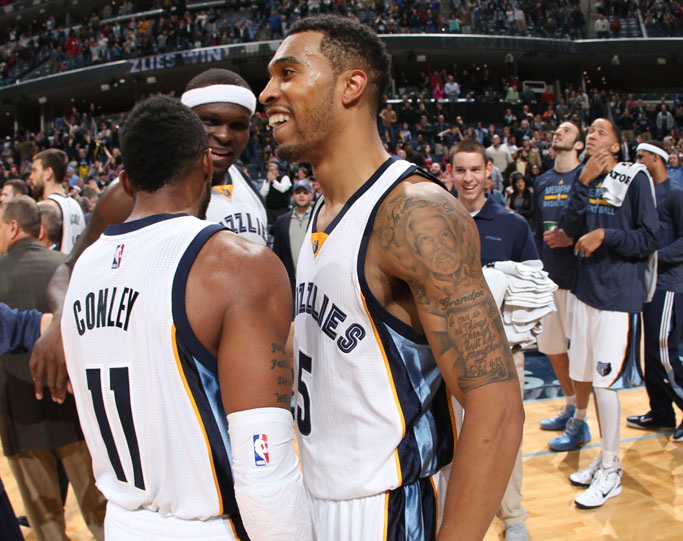 The Raptors were perfect at home and the Bulls were undefeated on the road as the two teams entered Thursday night’s matchup in Toronto. Led by Pau Gasol (season-high 27 points, 11 rebounds) and Jimmy Butler (21 points, 9 rebounds, 6 assists), Chicago got the W to effectively snap the Raps’ five-game win streak. The Bulls trailed at halftime but would go on to outscore Toronto 35-14 in the third quarter en route to the 7-point victory.

A scary moment occurred late in the fourth quarter. With two minutes to go, Derrick Rose (20 points) drove to the bucket, slipped, rolled his left ankle, and landed awkwardly on his right leg. He sat out the remainder of the game with what he called a minor left hamstring tweak. As a result, his status for Saturday’s game against the Pacers is up in the air. For Toronto, Kyle Lowry’s 20/8/8, Amir Johnson’s 14, and James Johnson’s 16 off the bench simply weren’t good enough. DeMar DeRozan failed to show up, shooting a lousy 3-17 from the field for just 10 points. He did, however, pass Andrea Bargnani on the Raptors’ career scoring list—he’s now in third place behind Vince Carter and Chris Bosh.

Vince Carter threw an inbounds pass with 0.3 seconds to a somehow wide open (like, WIDE OPEN) Courtney Lee for an alley-oop, reverse layup to beat the Kings by one. The wild finish capped a huge fourth quarter run for the Grizzlies, who couldn’t believe their luck when both defenders stayed with Marc Gasol as he set the pick for Lee on the final play of the game. The Grizz completed their biggest comeback in franchise history and extended their home win streak to 18 thanks to the play of Gasol (20 points, 7 rebounds), Zach Randolph (17 points, 8 boards) and Mike Conley (22 points, 11 assists). Boogie Cousins finished with 22 and 12, Rudy Gay dropped 25 and 7, and Darren Collison went for 20 and 5 in a losing effort.

This one was ugly from the start—one glance at the final score says it all. Dallas raced out to an early lead over the winless Sixers and never looked back. Dirk Nowitzki shot 7-8 for 21 points in 20 minutes, Chandler Parsons had 14 points and 6 boards, and Monta Ellis put up 17 points and 3 steals as the Mavericks got their largest win in franchise history. It was plain unfair from the opening tip; 38-10 at the end of the first quarter snowballed into 73-29 by halftime. Yup, that’s right: If the Mavericks hadn’t scored a single point in the second half, they still would have won. The lone bright spot for Philadelphia was Michael Carter-Williams, who dropped 19, 8, and 5 in his season debut. The tanking Sixers are the only team in the L without a W.

Golden State was averaging a league-leading 21.9 turnovers per game prior to last night’s tilt with the Nets. The Warriors played much more under control, reducing that number to 11 to help end a two-game skid. Klay Thompson scored 25 points including 4-9 from three-point land. Andrew Bogut (11 points, 14 rebounds, 5 assists), Steph Curry (17 points, 5 assists), and Draymond Green (17 points, 8 rebounds, 7 assists) were all terrific. Jarrett Jack provided a flurry of scoring off the bench, finishing with 23 on the night. GSW was especially strong at the close of each half. The Nets rallied in the fourth quarter, but big shots from the Splash Bros put an end to the possibility of a Brooklyn comeback. DWill and Brook Lopez each posted 18/5 statlines as their team dropped to .500 through eight games.