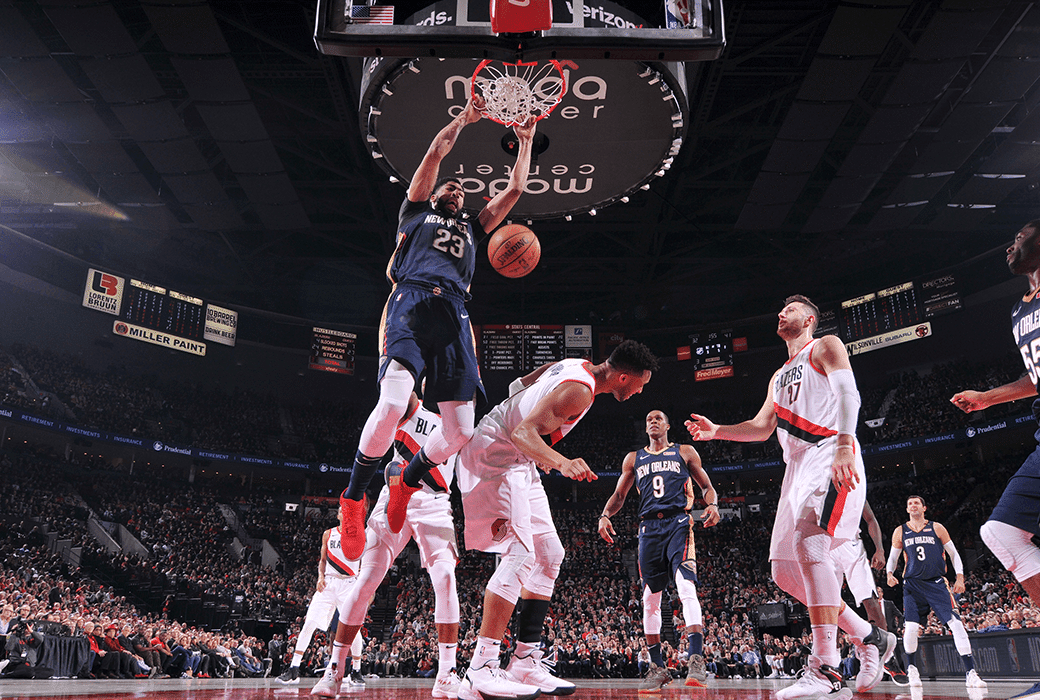 Javale McGee had the best half of his Warriors tenure, scoring 11 first half points en route to a season-high 15 along with four rebounds and two blocks in 16 minutes. Klay Thompson scored 27 points on 11-for-13 shooting from field and Kevin Durant added 24.

Rudy Gay led the Spurs with 15 points off the bench, but the Spurs’ offense was unable to string together any consistent runs.

Nick Young played in his first playoff game in six years and pulled up to Oracle Arena in a silk robe and boxers.

AND JAVALE GIVING ‘EM SMOKE ON DEFENSE 🔥 (via @warriors) pic.twitter.com/uPBy52ebX1

Greg Popovich was WYLIN at the postgame presser 😂😂😂 (via @NBCSWarriors) pic.twitter.com/Q1nfDD5VNT

The Raptors’ snapped a 10-game losing streak in playoff openers thanks to a strong second half effort. After heading into the intermission down four, DeMar DeRozan rolled out of the gates firing on all cylinders, scoring 12 of his 17 points in the third quarter as Toronto took a lead it wouldn’t relinquish.

Serge Ibaka led the Raptors in scoring with 23 points as seven other players chipped in at least nine points.

John wall scored 23 and dropped 15 dimes for the Wizards, but only managed to shoot 6-for-20 from the field.

The Heat ran out to a 35-29 first quarter lead, but the tides turned quickly as the 76ers outscored the visitors 74-43 in the second half despite the absence of injured NBA All-Star Joel Embiid.

Ben Simmons had 17 points, 14 rebounds and nine rebounds in his postseason debut while seasoned playoff veteran J.J. Redick scored 28 on 8-for-13 shooting.

Kelly Olynyk was a lone bright spot for Miami as he racked up 26 points and hit four 3s in 31 minutes off the bench.

The Trail Blazers’ dynamic duo of C.J. McCollum and Damian Lillard struggled in the first half as they combined to shoot just 1-for-15 from the field while Pelicans’ All-Star Anthony Davis scored 19.

Davis’ performance continued as he finished the night with 35 points, 14 rebounds, four blocks and two steals. Lillard and McCollum came alive in the fourth quarter as Portland outscored New Orleans by 10 in the final period, but it was too little, too late.

A McCollum 3-pointer cut the deficit to as low as one with less than a minute to go, but Jrue Holiday came up big in clutch time, giving Lillard the clamps on the ensuing possession and then blocking Meyers Leonard right before the buzzer.

Davis became the fifth player in NBA history to score 25 points or more in each of their first five career playoff games, joining Kareem Abdul-Jabbar, LeBron James, Wilt Chamberlain and Earl Monroe. Rajon Rondo tied a New Orleans playoff record for assists in a game as he amassed up 17 to go along with six points and eight boards.

RAJON RONDO AND ANTHONY DAVIS REALLY BALLIN’ LIKE THAT (via @PelicansNBA) pic.twitter.com/eXg5DSPs0L