Brow and Boogie led NOLA past the Cavs, Kyrie delivered in the clutch, Ben Simmons couldn't be stopped & more. 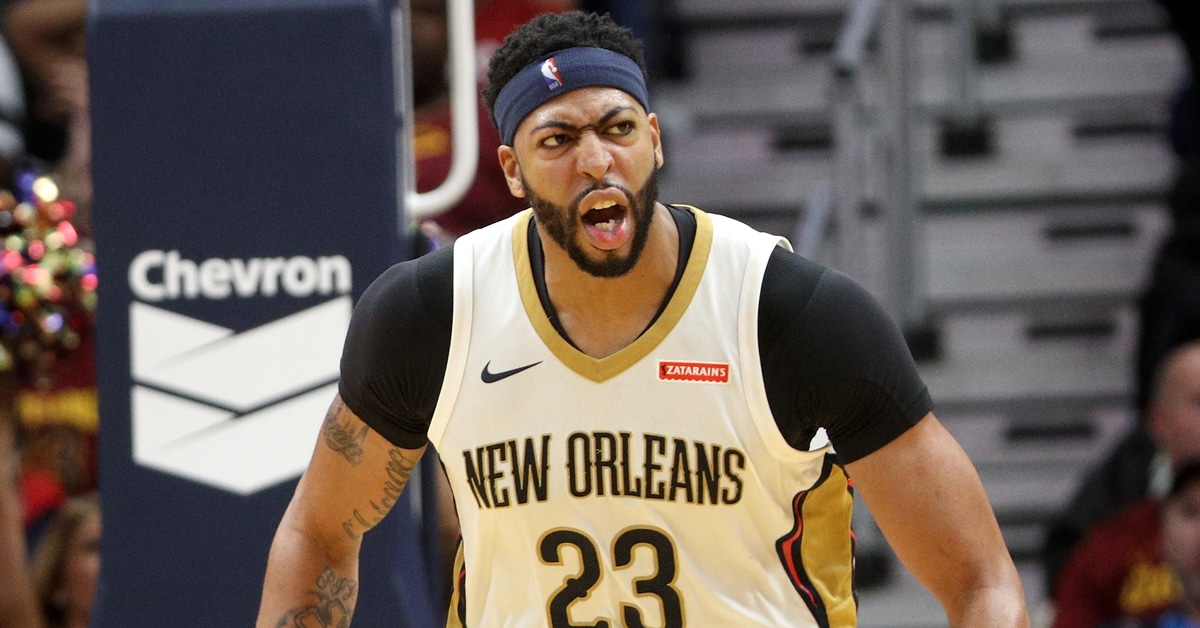 New Orleans dominated the first and fourth quarters of this game.

Add Jrue Holiday’s 29 points, and E’Twaun Moore’s 24, and those four of the Pelicans’ starters combined for 112 points. Sheesh!

That ball movement 🙌🏽 (via @PelicansNBA) pic.twitter.com/pdnVEKg2oT

When Boston need a bucket, they went to Kyrie Irving. And he didn’t disappoint.

Kyrie scored 9 straight points in the final 2:02, including this dagger three-pointer.

Kyrie is too CLUTCH (via @NBA) pic.twitter.com/v0wcsIxcja

This game wasn’t even as close as the final score. OKC buried the Bulls early, and Chicago didn’t fight back.

Russell Westbrook recorded his third triple-double (12, 13, 13) of the season, and his first-ever against the Bulls.

Russ has now recorded a triple-double against every team in the L.

12 points, 10 assists, 12 rebounds.@russwest44 has now recorded a triple-double against EVERY TEAM in the NBA 🔥🔥 pic.twitter.com/pb5tMQGhuL

They certainly were booing Chandler Parsons in Memphis tonight.

Parsons had his best game in a Grizzlies uniform, dropping 24 points (6-8 threes) in just 18 minutes off the bench.

With 67 points from its bench, Memphis cruised to yet another win over Houston.

The 21-year-old rookie (23 points, 8 assists, 7 boards) played like the best player on the court, having a field day against the defensively inclined Mavericks.

This wrap-around pass in the first quarter was extraordinary.

And Dallas could do absolutely nothing to keep him out of the paint.

It's too easy for Big Ben 💪🏽 (via @NBA) pic.twitter.com/tOXFQjko9O

Utah led for the entire 48 minutes, and despite their 23 TOs, this game really wasn’t close.

The dunk of the night goes to Donovan “Spida” Mitchell (22 points, 9-16 FG), who may well be the second-best rookie so far this season (behind Big Ben).

Welcome to the Donovan Mitchell show! 🕷 (via @utahjazz) pic.twitter.com/W60sCWQzwD

Lonzo Ball, after having another rough night, tweeted this message after the game:

While Phoenix has been more competitive since sending Eric Bledsoe home, they’re still not built to win games.

The Suns kept it close, but when it was winning time, it became Dame’s time.

The Clippers came into this game as the League’s only undefeated team. They did not finish it that way.

Detroit outscored L.A. by 13 points in the fourth quarter to regain the lead.

Andre Drummond had 15 points and 17 boards.