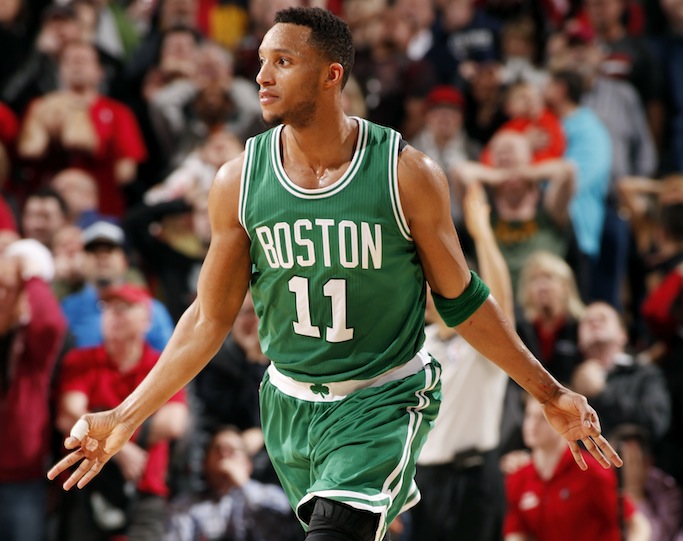 Prior to last night’s game, the struggling Bulls had given up at least 100 points in five consecutive games.

Chicago turned things around with a 23-point rout of the defending champions—San Antonio’s worst loss of the season. Derrick Rose scored 22 points on 9-16 shooting and added 5 assists and 2 steals. Taj Gibson provided toughness inside with 15 points, 9 boards and 4 blocks.Pau Gasol had 12 points, 17 rebounds and 2 blocks on the same night he found out he’d be starting in February’s All-Star Game in NYC.

The Spurs were horrendous offensively. Tony Parker, Tim Duncan and Manu Ginobili combined for just 17 points. Kawhi Leonard led the way for SAS with 16 points—all in the first half.

Gordon Hayward took over in the fourth quarter, scoring 13 of his 24 in the final period to propel Utah to its 15th win of the season.

Enes Kanter dropped 23 points, 16 rebounds and 2 steals. Rudy Gobert provided 14 and 10 and Dante Exum chipped in with 15 and 5. Brandon Knight posted 16 and 5 for the Bucks but missed a jumper with two seconds left that would have tied the game. Zaza Pachulia failed to finish the ensuing tip-in and the Jazz escaped.

Before Thursday night’s game, the Blazers learned that they’d be without LaMarcus Aldridge for six to eight weeks due to a torn ligament in the big man’s thumb.

Even without its star power forward, the lowly Celtics should be a piece of cake for Portland, right? Not exactly. Jared Sullinger (17 points, 9 rebounds) found Evan Turner for a game-winning three with 1.9 seconds and the Celtics snapped their three-game losing streak. Damian Lillard (21 points, 7 assists) and Wesley Matthews (18 points, 2 steals) played well but missed Aldridge’s inside presence.

Blake Griffin must’ve been excited to hear that he’d earned a starting spot in the All-Star Game, because he went out and dropped 22 of his 24 points in the first half and the Clippers annihilated Brooklyn.

The game was over by halftime—LA led 70-37 (!) at the break. DeAndre Jordan had 14 points and 12 rebounds, JJ Redick shot 3-4 from beyond the arc and finished with 17 and Chris Paul dished out a whopping 17 dimes. Meanwhile, the Nets shot just 37 percent and only got solid production from Mason Plumlee (16 points, 2 steals) and Jerome Jordan (11 points, 11 boards).