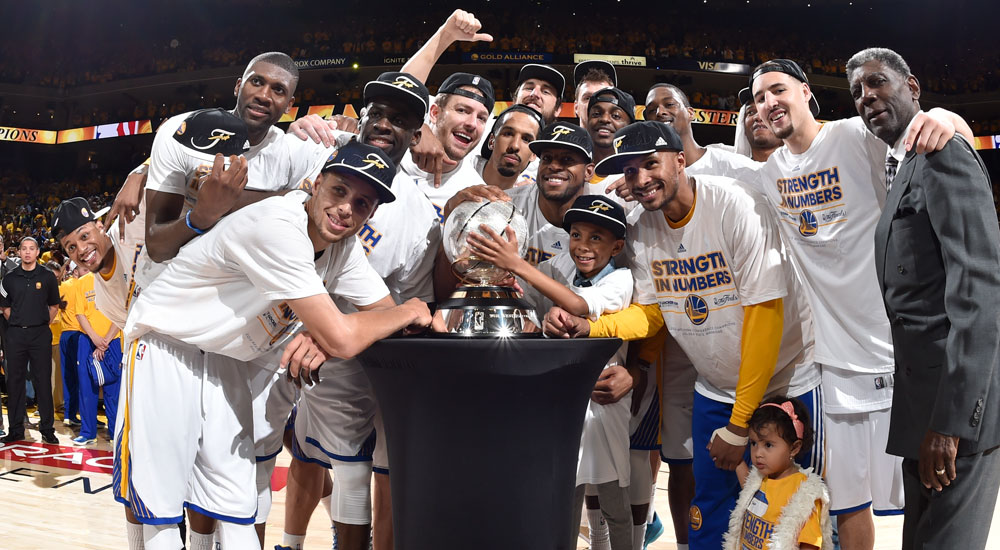 It looked for a while as if the Rockets might steal a sloppy win last night, but eventually the Warriors locked in and punched their ticket to the Finals.

Harrison Barnes was tremendous in the fourth quarter, helping to turn a small lead into a safe one down the stretch. He played 35 minutes, hit 10/20 shots and finished with 24 points and 7 rebounds. Barnes played a nice series against the Grizzlies and a couple of good games previously against Houston, too, but this was by far his best performance of the postseason. It doesn’t seem fair that the Dubs get to have him and Draymond Green running all over the place on the wing. Green played 34 minutes last night, and though he connected on only 3/15 shots, he snagged 13 rebounds and tallied 4 assists.

The Splash Brothers were there, too, of course. Steph Curry dropped 26 and Klay Thompson added 20. Thompson was on his way to a huge game before taking a knee to the head in the second half. He said he was “a little dizzy” following the game, but should be good to go by the time the Finals rolls around.

Meanwhile, the Rockets were done in by the shaky play of James Harden. He connected on just 2/11 shots from the floor in 43 minutes (0/3 from deep) and, even worse, committed 13 turnovers. Following a 45-point season-saving eruption in Game 4, Harden pretty much stunk last night. It’s a real bummer of an ending to what was an amazing season for the runner-up MVP. Dwight Howard (18 and 16), Trevor Ariza (15) and Corey Brewer (16 off the bench) tried to pick up his slack, but the team isn’t built to win on Harden’s off-nights.

So, on the heels of a 67-win regular season, the Warriors are finally here. They look as sharp as ever heading into the Finals, winning seven of their last eight and 12-of-15 postseason games. Curry’s averaged 30 points and 5 threes per game thus far, and his matchup with LeBron should be thrilling every step of the way. Buckle up.