Harden drops 48 in comeback win, Lou Will sinks a game-winner, Giannis dominates the Jazz and more! 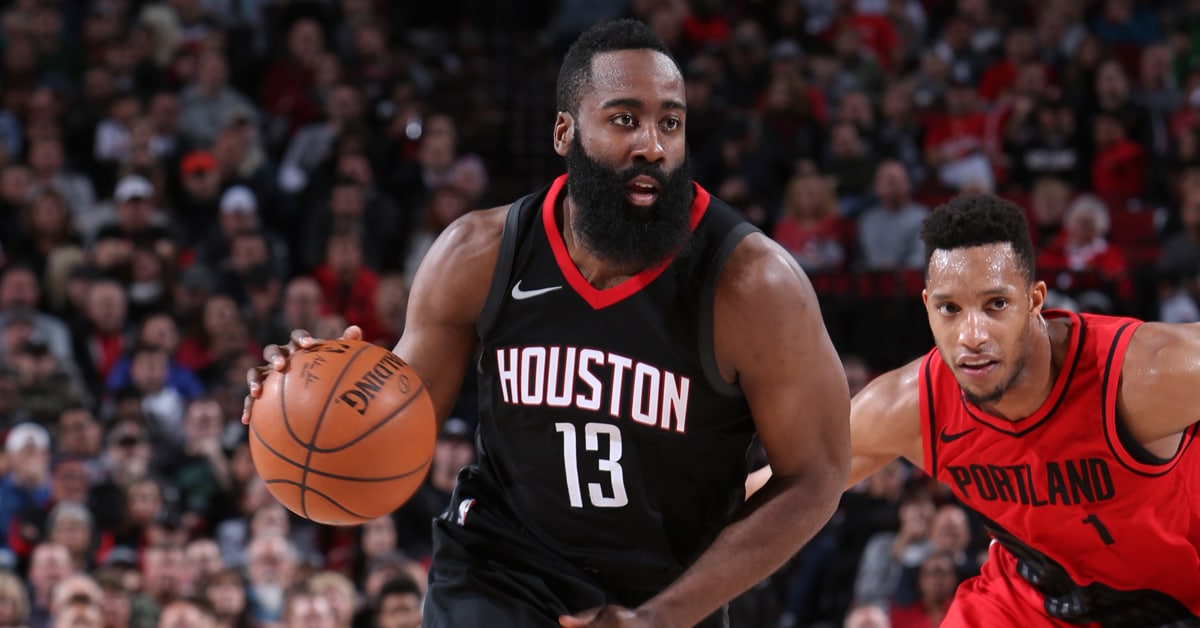 With the win, the Clippers halted a four-game losing streak.

LOU WILL FTW (via @LAClippers) pic.twitter.com/GPPSoPpkdu

Miami needed this win after dropping four of their last five games. The Heat committed just 6 TOs and outscored the Nets by 15 in the second half.

James Johnson had 17 points, 7 boards, and this power slam.

Jordan Clarkson went off in the fourth quarter, scoring 14 of his 22 points in the period.

L.A. outscored Charlotte 34-34 in the fourth to hand the Hornets their third straight loss (all at home).

Brandon Ingram takes it straight to the rack! (via @NBATV) pic.twitter.com/6sUK8CMwWF

Despite a 31-point triple-double by Nikola Vucevic, the shorthanded Magic didn’t have enough offense to get the win.

Orlando had a 110-108 lead with a minute left when the Hawks ripped off 9 straight to end the game.

LeBron James had a 30-point triple-double, but struggled from the field—connecting on just 9-23 shots.

Cleveland had a 99-98 lead with just over a minute left when the Cavs ripped off six straight points to end the game.

Jae Crowder hit the dagger trey off the assist from LeBron.

Bron finds Jae for a DAGGER 3️⃣ (via @cavs) pic.twitter.com/J1j0TunuHH

After losing 10 straight games, the Bulls have now won two in a row by a total of 4 points.

Should Kris Dunn have gotten the call? pic.twitter.com/jqZn3RfjhJ

Milwaukee thoroughly dominated this one from start to finish.

Well, someone had to win. Russell Westbrook had 20 points (on 29 shots) in yet another triple-double. Only Russ and Raymond Felton (4 assists) recorded an assist in this game.

Memphis, who had a 20-point lead in the second quarter, has now lost 14 of their last 15 games.

After sinking the game’s final two FTs, Westbrook had some junk to say to Andrew Harrison.

No Pau Gasol, Tony Parker, Manu Ginobili or Danny Green, and the Spurs were still able to capture their fourth straight win.

Credit Phoenix for rallying back from a 19-point third-quarter deficit, as their comeback effort came up just short.

James Harden was unstoppable, scoring 48 points to lead Houston back from a 14-point fourth-quarter deficit.

With their ninth straight win, the Rockets now have the best record in the League. And amazingly, they’ve lost just once on the road this season.

The Blazers have lost four straight, all at home. And their once-ballyhooed defense has ranked 23rd over the past two weeks.