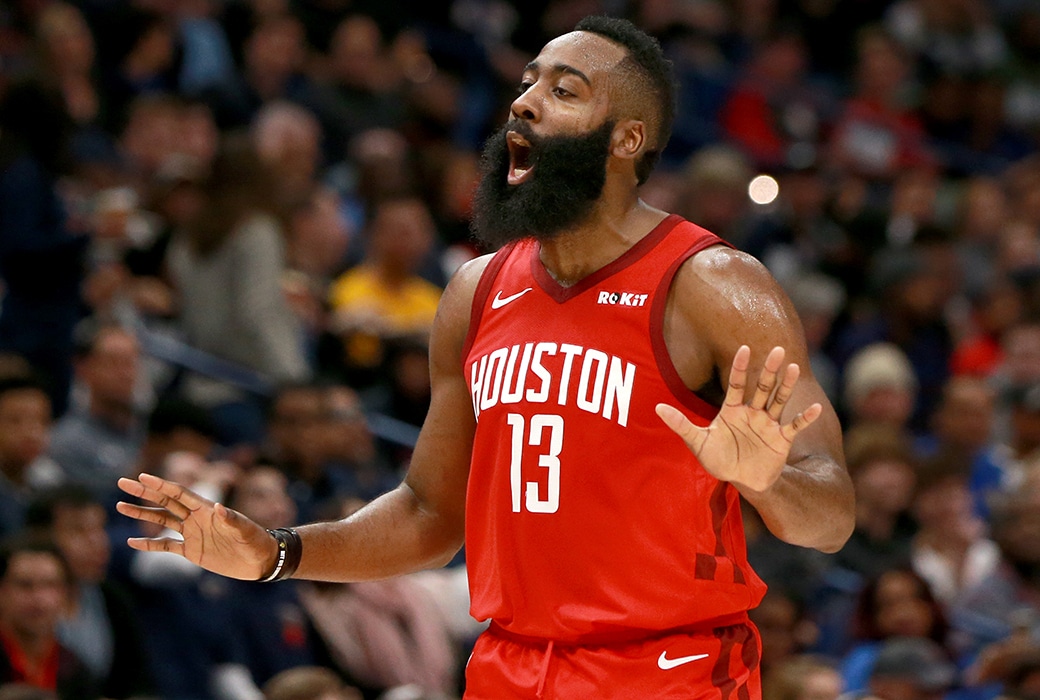 Milwaukee led by as much as 26 in the third quarter, but the Nets were able to cut the lead to single digits with 8 minutes left in the game.

When it came to winning time, however, Giannis Antetokounmpo put the game out of reach. He finished with 31 points (on 17 shots), 10 boards and 10 dimes.

Milwaukee has now won seven of their last eight games.

James Harden surpassed the 40-point mark for the third straight game as Houston continues to win despite having a banged up roster.

Harden finished with 41 points (on 25 shots) with 9 boards and 6 dimes in what has been one of his most impressive months of his Hall of Fame career.

Houston has now won four straight and nine of their last 10.

Despite losing John Wall (heel) for the season and not having Otto Porter for the 10th straight game, Washington was able to gut out another win on their home floor.

Kemba Walker almost won the game for the Hornets by himself—including 24 of his game-high 47 points in the fourth—but the Wizards held on.

Atlanta completely blew an 11-point lead in the fourth, but managed to hold on and hand Cleveland their sixth straight L.

Both Trae Young and Vince Carter had 21 points to lead the Hawks. John Collins had 14 and 12 and a monster putback dunk at the end of the first quarter.

Memphis built a 19-point lead in the third quarter, and completely blew it all as Boston would go on to dominate the second half.

Kyrie Irving was masterful, finishing with 26 points (on 16 shots) and 13 assists, and Jayson Tatum filled the stat sheet with 7 points, 8 boards, 5 assists and 4 steals.

Jayson Tatum FLYING for the putback dunk 💪🏽 (via @celtics) pic.twitter.com/SKECqZkEM6

Utah came out aggressive, and New York played lifeless in the first half as the Jazz took a 37-point lead in to halftime.

Even with garbage time in full effect, the Jazz’ lead would balloon to 46 points in the fourth quarter.

Rudy Gobert had 25 points and 16 boards in just 25 minutes. The loss was the seventh straight for the Knicks.

Denver outscored the Suns by 20 points in the first quarter and never looked back.

Jamal Murray was on fire from outside, hitting a career-high 9 treys on just 11 three-point attempts. The 21-year-old would finish with 46 points and 8 assists.

Suns rookie DeAndre Ayton scored 24 of his 33 points in the second quarter.

Jamal Murray SMOOTH to the basket (via @nuggets) pic.twitter.com/LfYBQ6p5KH

Golden State cracked open an 18-point lead in the second quarter and didn’t look back.

Strangely enough, Andre Iguodala was ejected when he threw a ball into the stands in frustration after the halftime buzzer.

Klay Thompson broke out of a shooting slump, scoring a team-high 32 points on 4-5 shooting from three. And yes, he was very pleased with his shooting hand tonight.

Wow. The refs EJECTED Andre Iguodala for throwing the ball into the stands (via @NBCSNorthwest) pic.twitter.com/tGpEvs6uhG

DeMar went STRONG at the rim 💥 (via @spurs) pic.twitter.com/vfq4GbXSIR