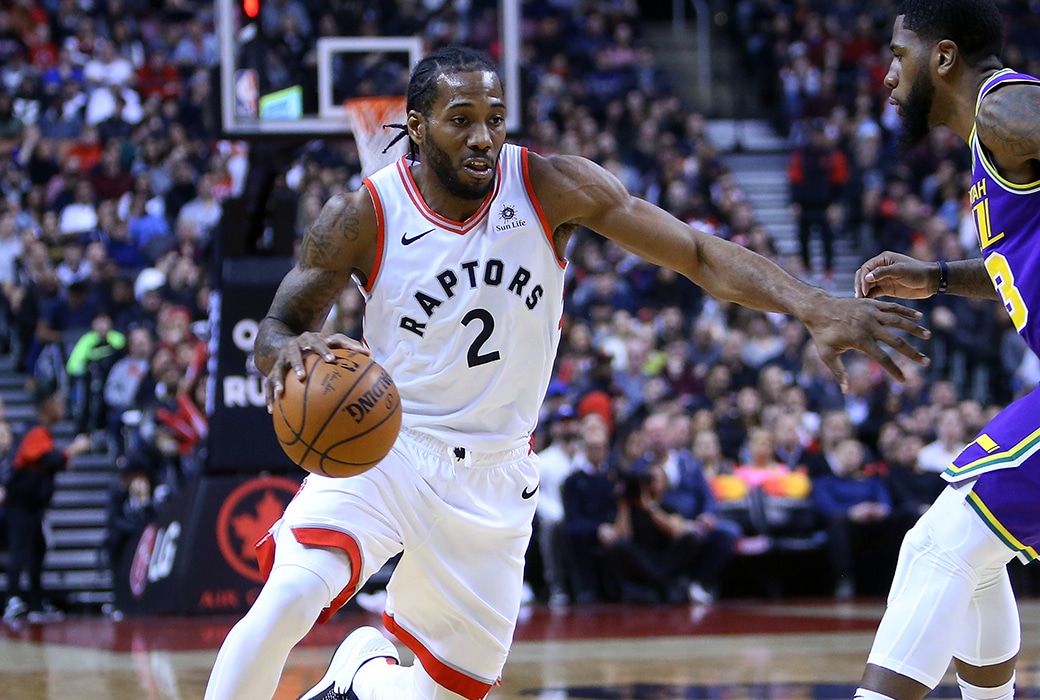 Toronto opened up a double-digit lead in the third quarter behind Kawhi Leonard’s 19 points on a perfect 7-7 shooting in the period.

Milwaukee continued on their tear to begin the new year, breaking open a 21-point lead in the second quarter and a 28-point lead by the fourth.

Milwaukee has now won four straight games, and eight of their last nine.

Sheesh. So this is what 2019 Giannis looks like? (via @Bucks) pic.twitter.com/RSP0a97tRe

New York held a 2-point lead after the third, but the Nuggets would outscore the Knicks 33-24 in the fourth.

Nikola Jokic put up his third triple-double of the season with 19 points, 14 boards and 15 dimes.

The reeling Knicks have now lost eight straight games and 13 of their last 14.

Portland erased a 9-point deficit with 4 minutes remaining to force OT. Sacramento would stay ice cold in the extra period and lose a heartbreaker at home.

Jusuf Nurkic posted one of the most ridiculous statlines of the season—a massive 5×5 with 24 points, 23 boards, 7 assists, 5 blocks and 5 steals.

The Clippers charged back, cutting the Philly lead to 4 with 2:33 remaining. The Sixers were clearly struggling to find offense without Butler (who was a +14 on the night).

But with 14 seconds left, Ben Simmons emphatically put the game away by inbounding the ball off Sindarius Thornwell’s back for the wide open dunk.

Don't turn your back against Ben Simmons 🔥🔥 (via @NBCSPhilly) pic.twitter.com/ERQvtExmGP