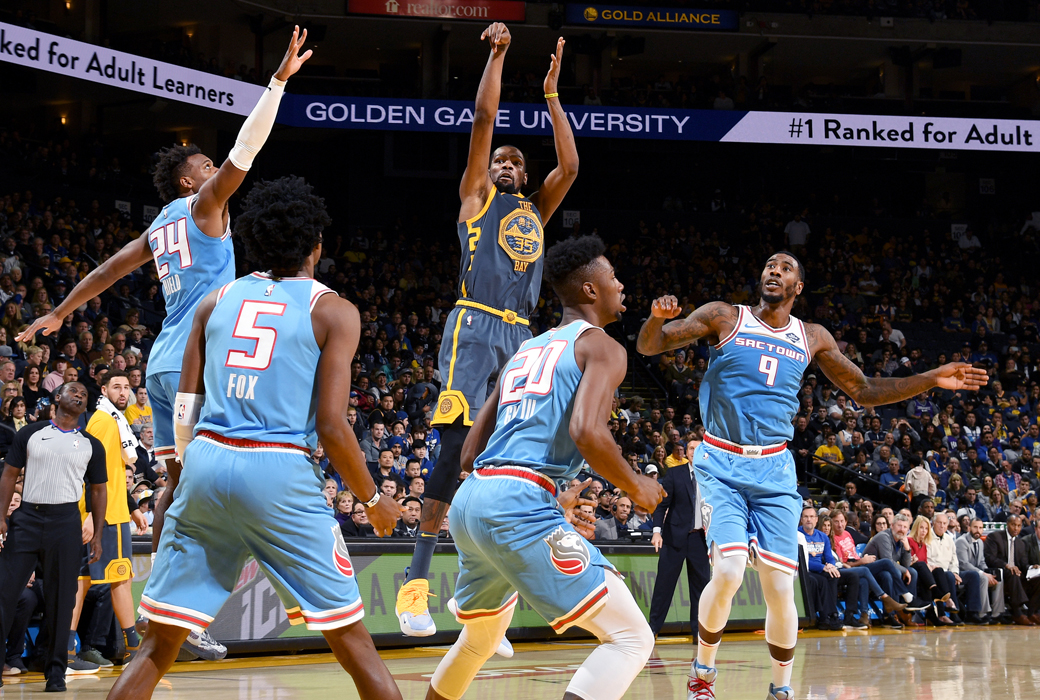 Over the past two nights, Cleveland has defeated the Sixers and now the Rockets. Not bad.

Collin Sexton put up a career-high 29 points while Tristan Thompson had 16 points and 20 boards.

Houston couldn’t keep the Cavs off the glass, particularly on the offensive end. Cleveland hauled-in 20 offensive boards—just 10 short of the Rockets’ total of 30 rebounds on the night.

One night after getting blown out in Toronto, the Wizards responded with an important win against the Anthony Davis-less Pelicans.

Washington outscored the Pels by 11 in the fourth to protect their home court. Otto Porter (season-high 29 points) led the way, and Austin Rivers had a big 18 points off the bench.

Somehow, Andrew Wiggins and Robert Covington combined to shoot 1-30 and the Wolves still were able to win in a blowout.

Minnesota completely dominated the glass—finishing the game with 58 rebounds (21 offensive) to Chicago’s 40.

It also helped that Karl-Anthony Towns was utterly dominant with 35 points, 22 boards and 6 dimes.

Denver had a 25-point lead during the second quarter, and OKC was able to whittle it down to just 5 by the end of the fourth.

But the Thunder (particularly Russell Westbrook) couldn’t get a shot to fall when it mattered most. The team shot just 35.9 percent on the game and a dismal 9-39 from three.

Don’t look now, but the Mavericks are hottest team in the League right now.

Dallas has now won six of their last seven games. They’ve outscored their opponents by an average of 11 points per 100 possessions, which would be top-2 in the League on the season.

JJ Barea continued on his recent tear, finishing with 20 points and 8 dimes off the bench. Luka Doncic had 15 points, 8 assists and some very impressive moments.

Luka is playing on a different level rn 🔥 (via @dallasmavs) pic.twitter.com/wlMsAYf7Rw

The Spurs were winning by 10 with just over 7 minutes remaining. And they were losing by 6 points with 1:52 left in the game.

Milwaukee’s No. 1 offense was on full display particularly during the fourth quarter. The Bucks scored 40 points in the final frame to put away the Spurs.

Giannis Antetokounmpo had 34 points (on 16 shots) with 18 rebounds and 8 assists. Sheesh!

There were 15 lead changes and 15 ties, and this game came straight down to the wire.

On the Warriors’ last possession, Klay Thompson (31 points) put-back his own miss to give Golden State the lead for good.

Kevin Durant had a season-high 44 points with 13 boards and 7 assists.