Kyrie's otherworldly Game 4 performance turned all the momentum in the Cavs' favor. 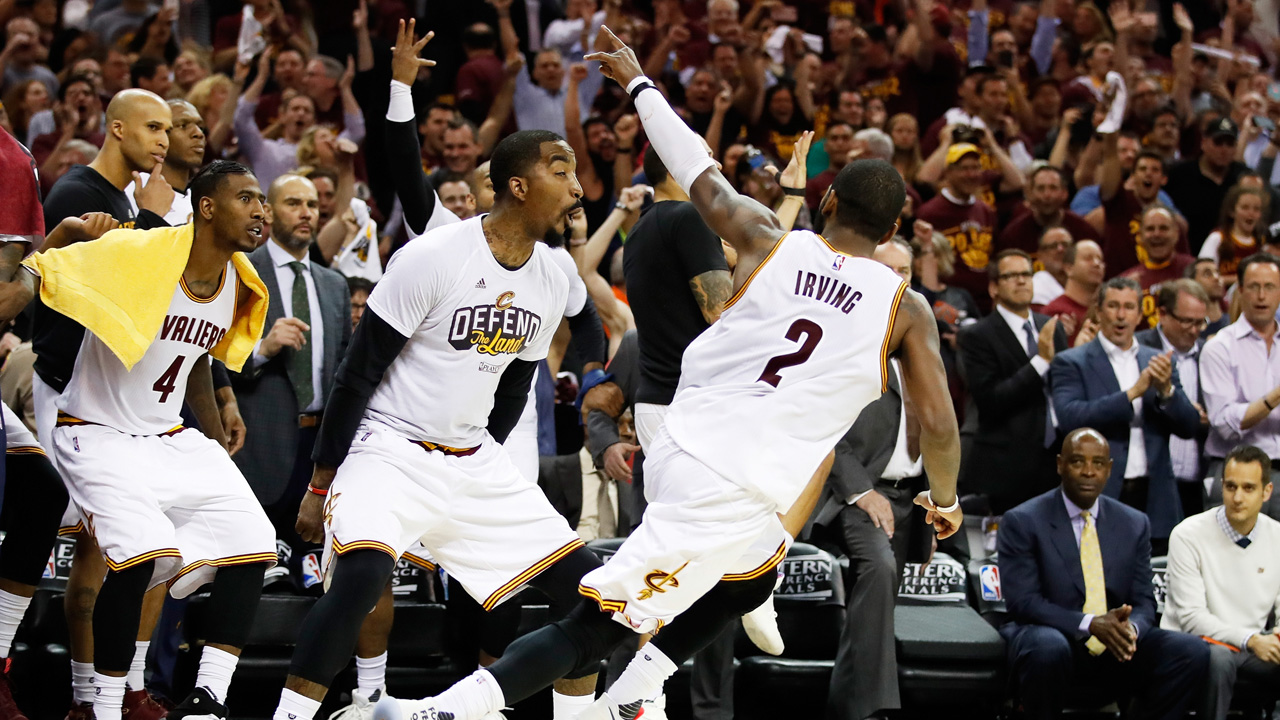 After blowing a 21-point third quarter lead in Game 3, Cleveland didn’t look much better after the first quarter of Game 4.

The Cavs shot 31.6 percent and scored just 19 points in the first period. LeBron James and Kyrie Irving had just 6 points each on a combined 4-10 shooting.

Then LeBron picked up three fouls in the second quarter, giving him a total of four by the 6:46 mark. Cleveland was down 43-33 when Bron was forced to leave the game.

Four fouls for the King. pic.twitter.com/Y0RGZvapil

Predictably, the Celtics started to get more buckets, opening up a 16-point lead. But then Kyrie took matters into his own hands.

He ended the half scoring 12 of the Cavs final 14 points.

Drew scored 21 points on 9-10 shooting, the majority of which came after he sprained his left ankle with 1:47 left in the period.

He was attacking the glass with the precision of a master woodworker, canning treys from several feet beyond the line.

Kyrie's doing this on a sprained ankle. 👀 (via @cavs) pic.twitter.com/UlILHcbFNj

21 points in the third quarter. 🔥🔥 pic.twitter.com/6vyRTAZu0A

He put the Cavs on his shoulders when LeBron really wasn’t in any sort of rhythm. The Cavs went from 10 down to leading by 9 within the span of the third.

In the fourth quarter, Kyrie scored just three points to boost his total to 42 points on the night.

LeBron, at that point, was doing his thing. He dropped 15 points in the final frame to finish with 34 points.

The win all but ensured a third consecutive finals appearance for the Cavs.

And to think, without Kyrie’s otherworldly performance, this series might be heading back to Beantown tied 2-2.