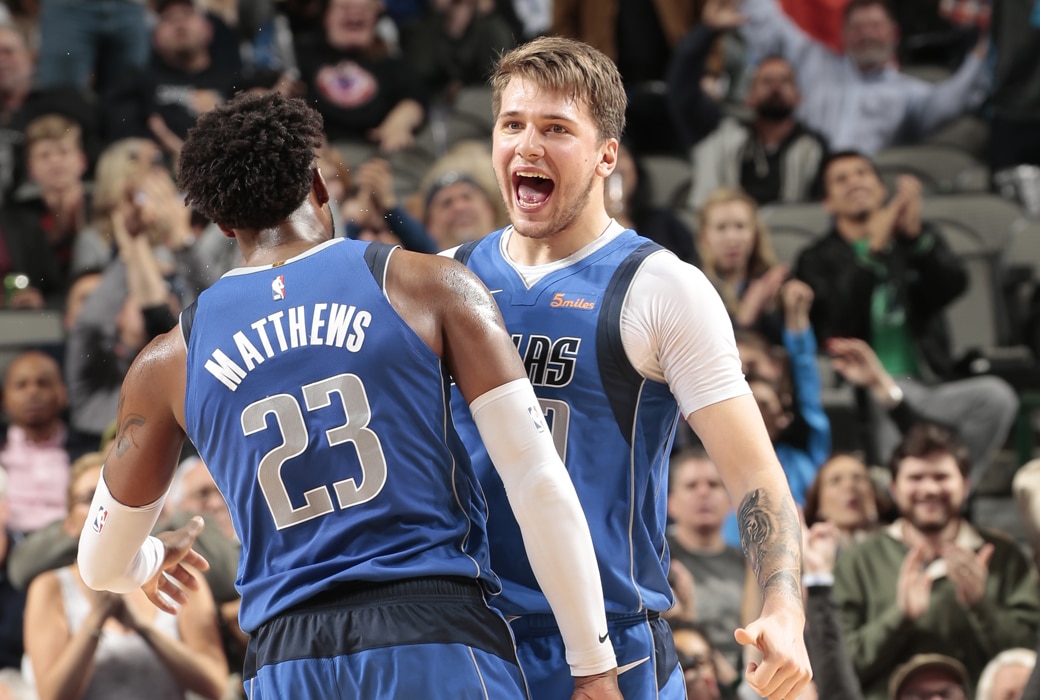 It was an ugly game for both teams, but the Pacers were able to outlast Chicago during the final minutes.

Myles Turner led the way for Indy, finishing with 18 points, 11 boards and 5 blocks.

After dropping their seventh game in a row, Chicago has tied the Nets for the League’s longest active losing streak.

Miami had a four-point lead heading in to halftime, but they completely choked in the third quarter, getting outscored 30-12.

To add to chaos in Miami, Hassan Whiteside left the bench before the game finished and headed to the locker room. He was unavailable for comment after the game.

Dallas opened up a 14-point lead after the first quarter and maintained a double-digit lead until the Blazers rallied late in the fourth.

But the Mavs have 19-year-old Luka Doncic who lives for clutch moments. With 59 seconds remaining, El Matador drilled a step-back dagger trey to put the game out of reach.

Doncic finished with 21 points and 9 boards, and the Rookie of the Year award would be his if the season ended today.

Luka once again proving that ICE runs through his veins ❄️ (via @dallasmavs) pic.twitter.com/xZ0PWlEhTt

After the first quarter, Kings had a 36-9 lead.

During the second quarter, Sacramento led by 35 points.

It was certainly a game to forget for the Suns, who got embarrassed in front of their home crowd.

De’Aaron Fox had 16 points, 7 dimes and one nasty Shammgod during the second half.

Maybe it’s a coincidence, but on the night of Kyle Korver’s return to SLC, the Jazz set a franchise record with 20 made threes.

Korver himself contributed 3 treys in just 15 minutes of action.

The Jazz outscored the Spurs by 14 in the first quarter, and San Antonio just couldn’t stop the bleeding. The game quickly reached blowout status in the second half, as the Jazz eventually led by as much as 37 points.

HE'S BACK! Kyle Korver checks-in wearing a Jazz uniform in Salt Lake City for the first time since 2010 (via @utahjazz) pic.twitter.com/nhgj6X6Bq4