Post Up: Nikola Jokic Triple-Doubles in Win Over Raptors 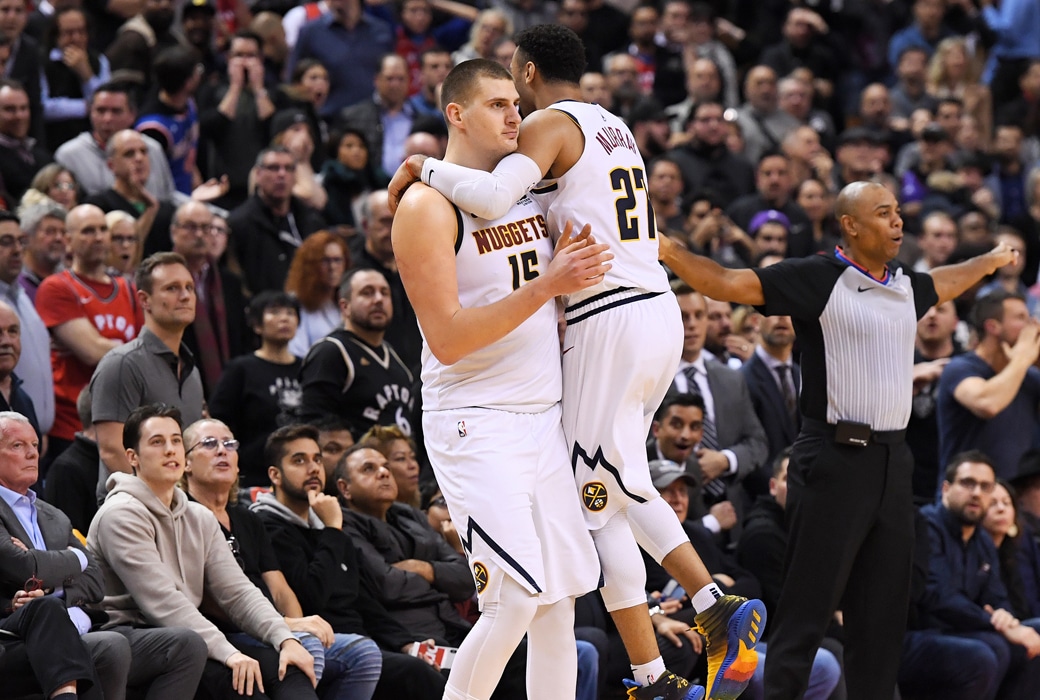 The Pistons suffered their worst loss of the season on the heels of a five-game win streak.

It was Detroit’s third game in four nights, but the Pistons still managed to completely lay an egg.

WHAT BEEF? Russ scores on Reggie Jackson and rocks the cradle 🍼 (via @FOXSportsOK) pic.twitter.com/xQYoXziCV6

After edging-out the Hawks by 7 points last month, the Warriors dominated from start to finish this time around in Atlanta.

You’re not beating the Warriors when they’re shooting like that.

Cleveland was up by 11 points with just over 4 minutes to play and managed to blow the entire lead before the end of regulation.

But it was Alec Burks, in just his third game as a Cavalier, who threw down the go-ahead bucket with just 3 seconds remaining.

After dropping their seventh game in a row, Brooklyn now has the League’s longest active losing streak.

Washington had a 16-point lead with just over 4 minutes left, but nearly blew it all before John Wall hit a dagger three with 12 seconds remaining.

Headband Bradley Beal is going to WORK 🚨 (via @WashWizards) pic.twitter.com/QzlMz1V7Ce

Denver lost Gary Harris to a groin injury in the first quarter, but Jamal Murray and Nikola Jokic stepped up to carry the Nuggets to a big road win.

The Nuggets now have a six-game win streak of their own.

👀 👀 ONLY the Joker could've made this pass (via @NBACanada) pic.twitter.com/Q9rfCDQs3J

At halftime, it looked like the Rockets were headed toward blowing out the Timberwolves.

But Minnesota turned up their defense in the second half, outscoring Houston by 18 in the third quarter alone.

The Rockets managed to score just 9 points in the fourth quarter, as the Wolves won for the fifth time in their past six games.

Karl-Anthony Towns had 24 and 11 to lead the Wolves.

The Clippers had an 18-point lead in the third quarter, but lost it all in the fourth, and then rallied to close out the game.

As usual, Tobias Harris led the way with 27 points (on 16 shots), and Sweet Lou (20 points) provided the clutch buckets exactly when called upon.

The Clippers are looking legit, having won 12 of their last 15 games.

When you need a CLUTCH bucket, you know who to give it to @TeamLou23 (via @LAClippers) pic.twitter.com/479M5aCfxt