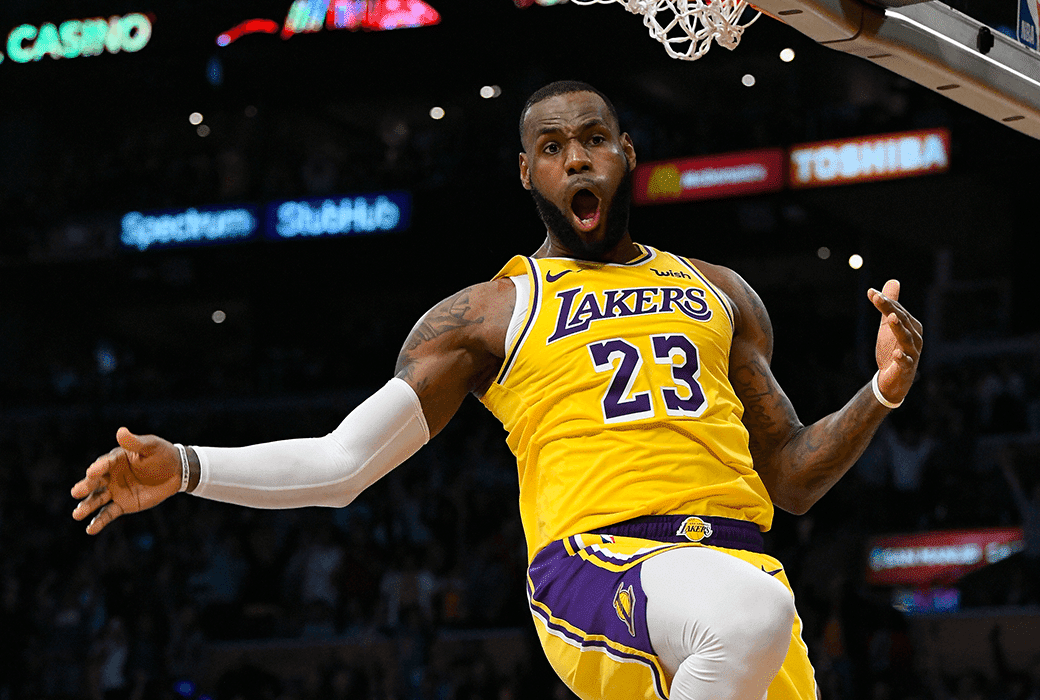 It looked like Boston’s offensive woes were due to continue after mustering up only 34 points in the first half, but a 40-point third quarter energized by three 3-pointers in 41 seconds by Al Horford brought the Celtics back to life.

The Celtics ended the game on a 16-1 run, taking the lead off a Marcus Morris 3-pointer with 28.7 seconds to go.

Jayson Tatum scored a game-high 24 and Morris added another 21 for Boston. Paul George led the Thunder with 22 points, but shot just 7-for-22 from the field. His backcourt mate Russell Westbrook scored 13 points on 5-for-20 shooting.

Jayson Tatum just threw it DOWN on Paul George‼️ (via @NBAonTNT) pic.twitter.com/0BATODQOYi

LeBron James recorded his first triple-double (28 points, 11 assists, 11 rebounds, 3 steals) and started his first win streak in purple and gold as the Lakers put an end to the Nuggets’ undefeated run to open the season.

The Lakers finished the night on a 17-6 run in the final 4:33 of play as back-to-back dunks from Kyle Kuzma in the final two minutes of regulation sunk the dagger.

Kobe is checking out #LakeShow LeBron for the first time. (via @Lakers) pic.twitter.com/Wk9TZQBTkK

Lonzo can turn on the clamps, hope y’all didn’t forget. 🔒 (via @Lakers) pic.twitter.com/izD2Zzgd0n

Dagger. That’s too easy for a King. (via @nba) pic.twitter.com/pVn4BhhdOT

A game after Blake Griffin scored a career-high 50 points, his frontcourt mate Andre Drummond stuffed the stat sheet with a 26-point, 22-rebound outing of his own.

Griffin hit a 3-pointer with 2:44 to go in the second quarter and the Pistons held the lead for the remainder of the night.

Kyle Korver scored a team-high 21 points for the Cavs.

Damian Lillard broke his own team record for most points in a half, exploding for 34 after halftime en route to a 41-point night on 13-for-23 shooting from the field.

Nikola Vucevic stuffed the stat sheet with 24 points, 11 rebounds, 3 assists, 2 steals and a block for the Magic.

3️⃣4️⃣ points in ONE HALF for Dame. Time to make some edits to the @trailblazers’ record book. 😳 (via @nba) pic.twitter.com/IAMtjgXN6u