Post Up: Cavs Even Up Series Behind LeBron’s 44 Points 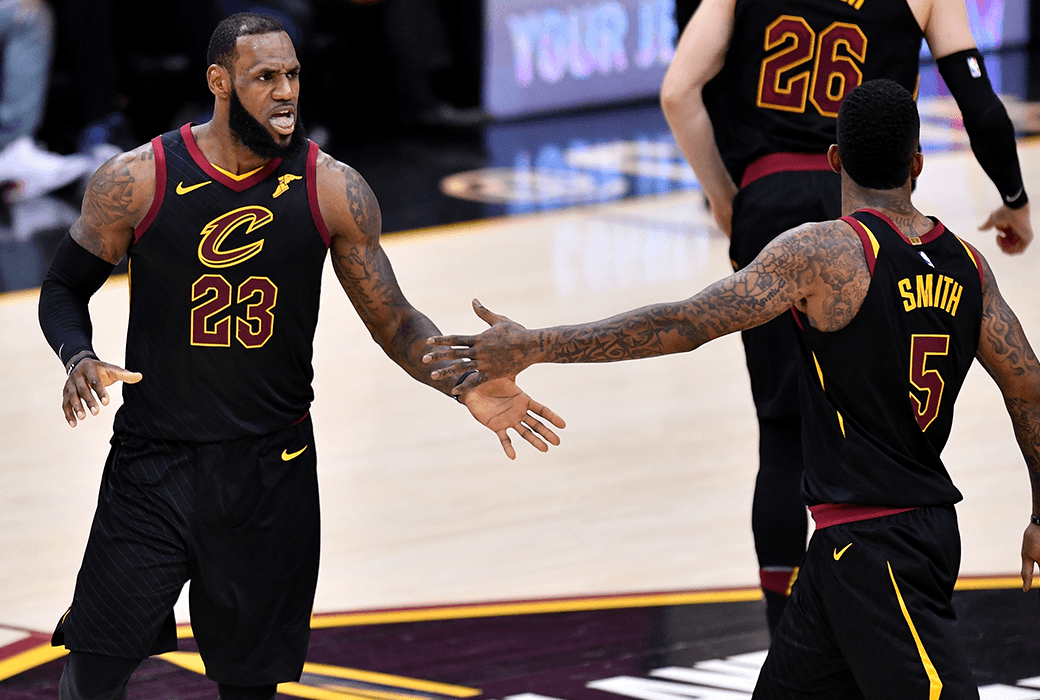 Tristan Thompson hit a layup 4:29 into the first quarter to give Cleveland a one-point lead and the Cavaliers never looked back, racing out to a lead that grew as large as 19 en route to 64 first half points. LeBron James led the way with 44 points and five others — Kevin Love (9 points), Tristan Thompson (13), George Hill (13), JR Smith (9) and Kyle Korver (14) — chipped in at least nine points.

James made history with his 2,357th career postseason field goal late in the first half, surpassing Kareem Abdul-Jabar for the most in League history.

No player has more playoff buckets than LeBron James. 👑 pic.twitter.com/ebQ0OIFo9q

The Cavs struggled with ball security, turning the ball over 18 times, but a 41-for-81 shooting night and a 10-rebound advantage kept the Celtics at bay.

Boston gave its best shot at a comeback, cutting the deficit down to seven with 4:29 to go in the fourth quarter, but a trio of buckets from Thompson, James and Hill stifled the attempt.

Terry Rozier continued to shine for the Celtics, notching 16 points, 11 assists, six rebounds, three steals and no turnovers. His plus-minus of plus-three was a team-high.

Kevin Love really has the best deep ball in Cleveland 👀 (via @DefPenHoops) pic.twitter.com/ktBc8KfpLG