The Suns, Pelicans and Grizzlies pick up huge wins, while the Pacers, Blazers, Celtics and Mavs struggle mightily. Plus, Russell Westbrook picks up another triple-double. 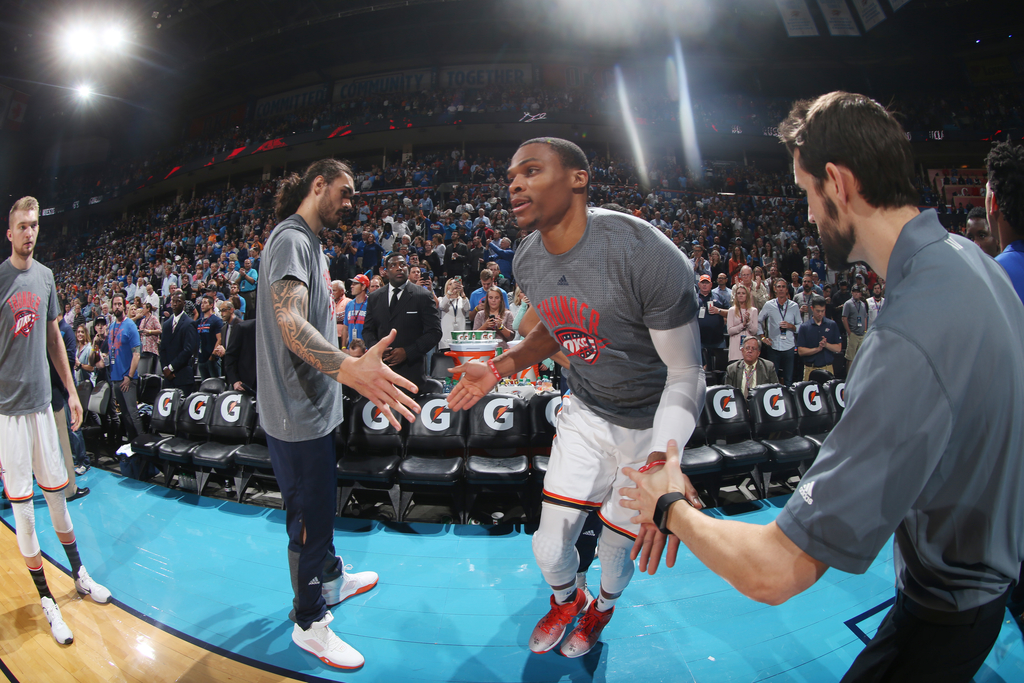 Riding a six-game winning streak, the Hawks were up 10 in the fourth quarter. They had control of the lead for most of the second half, but Dwight Howard got ejected with just under 6 minutes left. Kemba Walker hit a few key buckets, scoring at least 20 points for the tenth straight game. Along with 21 from Walker (19 in the second half), Nic Batum had 24 points and 10 boards and Cody Zeller tied his career-high with 23. Paul Millsap had 22 and 13 for the Hawks.

Kemba bringing a little bit of New York to the south. https://t.co/5VROwYZ0yz

Paul George was a late scratch from this game, sitting because of a sore left ankle. The Pacers then lost CJ Miles after he twisted his left knee in the first quarter. Without two of their best scorers, Indy just couldn’t get buckets or keep up with the Suns. Phoenix got 78 points from their bench, the most in the League this season, led by Brandon Knight’s 17. There were six other Suns who scored at least 10 points, including rookie Alan “Big Sauce” Williams. He registered a career-high 15 points and 15 rebounds, and the second double-double of his career.

.@DevinBook doesn't care how far away he is from the hoop. https://t.co/BWk07OcYGt

Kyrie Irving had 25 points and 11 helpers tonight, leading a lethal offensive attack for the Cavaliers. Ky shot 11-15 and the Cavs shot 48% as a team, hitting at least 10 three-pointers for the 12th consecutive time. Cleveland led by as many as 33 points. Both teams rested their starters for the entire fourth quarter.

Jrue Holiday made his long-awaited return tonight, stuffing the stat sheet with 21 points, 7 assists, 2 rebounds and 1 block and 1 steal. He helped pace the Pels and provided some relief for Anthony Davis. The Brow had a light 38 points, 9 rebounds, 6 assists, 4 blocks and 2 steals. Just another night at the office. The rest of the Pelicans contributed, too. Terrence Jones, Tim Frazier and E’Twaun Moore scored at least 11 points each. New Orleans had 31 dimes on 45 buckets.

So good to see @Jrue_Holiday11 back on the court! https://t.co/4UzrNRrMkV

Portland’s been struggling, being blown out in their last three games. They shot 37% from the field tonight. Damian Lillard and CJ McCollum scored 27 and 24 each.

Brook Lopez hit 4 three’s in the first and the Nets ended that quarter with 40 points. But in the last game of their five-game Western Conference road trip, they didn’t have enough in the tank to keep up with Russell Westbrook and the Thunder. Lil Rage got his fourth triple-double of the year, going for 30 points, 11 rebounds and 13 assists. Westbrook was backed up by a full game from Victor Oladipo, who kept it all #feathery with 26 points, 5 rebounds and 6 assists.

The Dubs cracked this game wide open in the third quarter, when they outscored the Cs 31-9, building a 30-point advantage. Klay Thompson had 28, Kevin Durant had 23 and Draymond Green contributed 11 points, 8 rebounds and 8 assists. Golden State spread the love, getting 33 assists on their 44 field goals. Every Warrior who played scored at least 2 points.

Without Al Horford and Jae Crowder, the Celtics didn’t have the height or firepower to keep up with Golden State. Isaiah Thomas continued to lead Boston in scoring, with 18 points.

The Mavs’ 64 points were the fewest in the NBA since 2013. They shot 21-73, good for 28%, made just 5 three-pointers and had 17 turnovers compared to 9 assists. The injuries continue to pile up for Dallas, too. Even though JJ Barea just went down, Rick Carlisle said Dirk Nowitzki and Deron Williams will be reevaluated after they play Orlando on Saturday night.

This was a weird game. 26 lead changes led to a wacky overtime and the Raptors won even though the Nuggets outrebounded them 58-45. The Nuggets used a 38-point second quarter to come back from an early 12-point deficit. Then Terrence Ross and Jonas Valanciunas helped DeMar DeRozan in the second half and the Raptors were able to hold on for the win. DeRozan scored 30, his tenth 30+ point game of the season.

Emmanuel Mudiay and Wilson Chandler both scored 25 for Denver. The Nuggets have been playing hard and tonight was no different. This game was decided by late free-throws.

Even after the Spurs reeled off 11 straight made shots in the third quarter, the Lakers didn’t quit. They trailed 109-104 with under two minutes to play, but as they normally do, the Spurs found a way to pull out a win. LaMarcus Aldridge caught fire late in the game and ended with 23 points for San Antonio. Kawhi Leonard added 23 points, 12 rebounds and 7 assists. Seven Spurs scored in double-figures.

Lou Williams, Nick Young, Jordan Clarkson and Julius Randle played really well for the purple and gold. Williams had 24, Young scored 22, Clarkson got 20 and fresh off a triple-double, Randle put in 13 points, 9 boards and 7 helpers. D’Angelo Russell sat out with a sore left knee that’s not expected to be serious.

The Clippers were on fire in the first half. JJ Redick went off for 6 three’s in the first 24 minutes. Lob City was up by as many as 26. The Kings clawed their way back, eventually trailing 117-115 late in the fourth. DeMarcus Cousins led the charge. Boogie had 38, 13 and 7. But the Clippers Big 4 was just too much. 29 for Griffin, 26 for Redick, 16 and 12 for DeAndre Jordan and 12 assists, 11 points and 9 rebounds for Chris Paul solidified the win for Los Angeles, who continue to improve on the best start in franchise history. 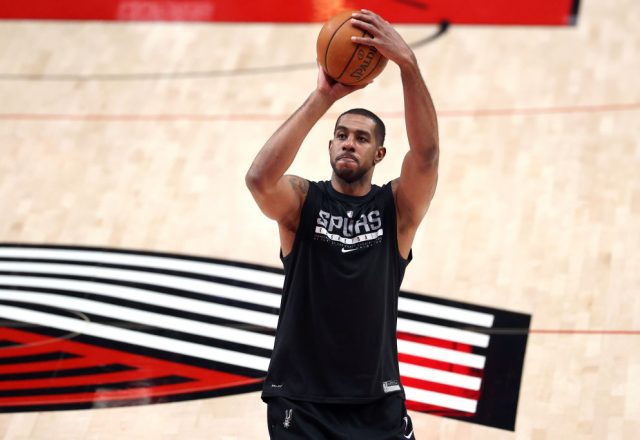