Jimmy Butler and Damian Lillard take down the Warriors and Thunder in their gyms. 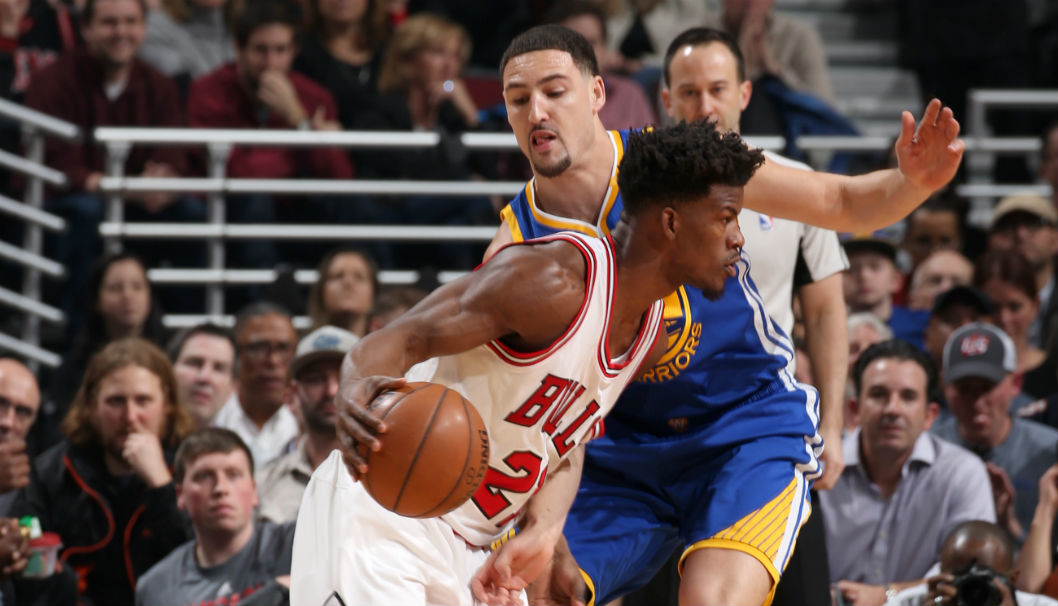 The last time the Warriors lost two games in a row, Kevin Durant played for the Thunder and Tim Duncan was still in the League. That was April, 2015. The combination of Kevin Durant’s injury and Stephen Curry and Klay Thompson shooting 3-22 from three-point range resulted in a loss to a hungry Bulls squad.

The Bulls held the Dubs to 87 points, their lowest point total of the ’16-’17 campaign. They also locked up to hold GSW to 38% shooting. Chicago pulled down 49 rebounds, eight more than Golden State.

Curry wound up with 23 points but it took 27 shots to get there. Jimmy Butler finished with 22 points, 6 assists, 5 rebounds and 4 assists. Bobby Portis had 17 points and 13 rebounds. The Bulls have won 18 consecutive regular season games when they play on TNT.

The Suns shot a season-best 59% tonight, getting six players to score at least 14 points. 10 of the 11 Suns that got in the game scored and they dished 30 assists on 46 field goals. On defense, they gave up 39% shooting and 29% shooting from three-point range. They held the Hornets to 12 fourth quarter points. Marquese Chriss led Phoenix with 17 points, Alan Williams pulled down 12 rebounds and Devin Booker had 9 assists.

Russell Westbrook went off for 27 in the first half, finishing with 45 for the game, the third straight time he’s scored at least 40. Things went back and forth for the whole 48, with 10 ties and 12 lead changes.

Alex Abrines’ three-pointer put the Thunder in front 97-89 with 7:48 left for their biggest lead of the game. But Al-Farouq Aminu made a layup that tied it at 101 with 3:43 left. He missed the free throw, but Jusuf Nurkic got the tip-in to give Portland the lead.

Damian Lillard’s 3-pointer extended the lead to 106-101 before Westbrook’s driving layup and free throw pulled Oklahoma City to 110-106. Abrines hit another three-pointer to make it 110-109, but the Blazers hung on with free throws.

Lillard finished with 33 points and 5 assists and Jusuf Nurkic went off for 18 points, 12 rebounds, 6 assists and 5 blocks.