With close games in Miami, Milwaukee and Sacramento (and a blowout in Denver), all four of Thursday night's matchups were won by the visitors. 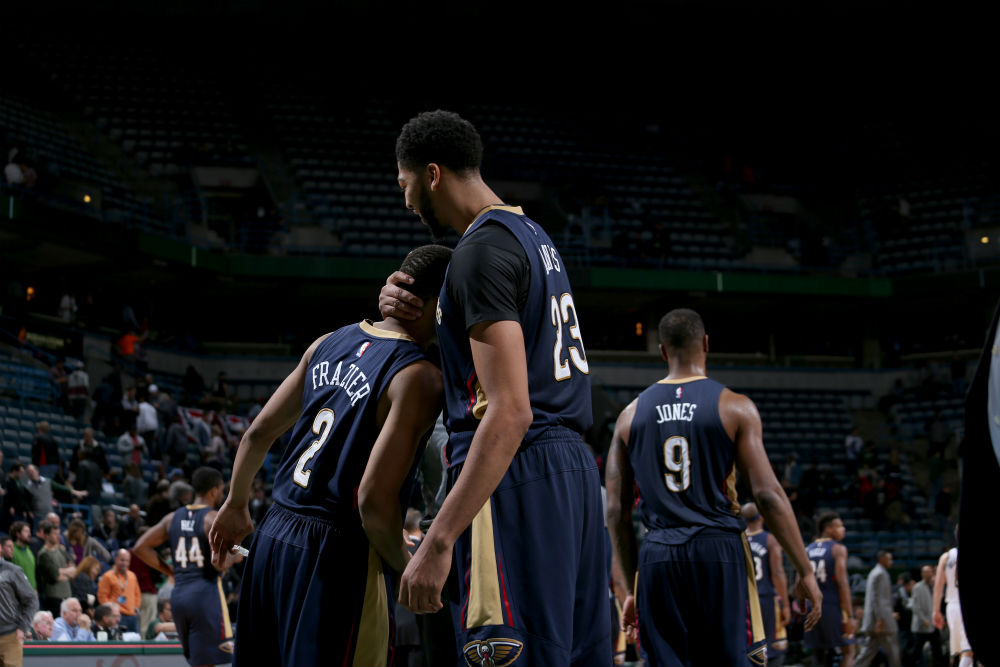 Things definitely got a little bit dusty during Dwyane Wade’s first game against the Heat. The franchise he spent 13 years with made a touching video tribute for D-Wade, who said it was “the weirdest game I’ve ever played in.”

Hassan Whiteside recorded his third 20-20 game, the most in Heat-history and Justise Winslow had his fingerprints all over the game with 15 points, 6 assists and 5 rebounds. Jimmy Butler led the Bulls with 20, but was helped by a total team effort. Robin Lopez and Rajon Rondo each scored 16 points, and Doug McDermott and Wade contributed 13 a piece.

The Pelicans finally got their first win of the season behind 32 points, 8 rebounds and 4 blocks from Anthony Davis. Davis had to fend off a big night from Jabari Parker and his season-high 33 points. Tim Frazier had a strong game for the Pels, with 15 points, 10 assists and 5 rebounds. By the way, Jabari has been flying lately.

Stephen Curry continued his hot start streak. After scorching the Pels for 46 in his last game, the Chef cooked up a 33 point effort. He and the Warriors were on the lookout for highlights. They filled the stat sheet up. Along with Curry’s 33, Klay Thompson had 19, Kevin Durant had 18 and Draymond Green had 13, 9 rebounds, 5 assists and 3 steals. The Dubs had 15 steals and 33 assists on 46 field goals. Rookies Jamal Murray and Malik Beasley led the Nuggets in scoring, registering 14 and 12 points, respectively.

The Lakers made their run in the third quarter. Larry Nance Jr.’s energy and versatility was one of the driving forces in the purple and gold erasing a 19-point deficit. Then Lou Williams and Nick Young stepped up in the fourth to put the Kings away for good.

DeMarcus Cousins started off hot, but the Lakers repeatedly doubled him late in the game, playing him as physical as the refs would allow. He had 28 points and 9 ‘bounds, but as usual didn’t get much help.

The Lakers, meanwhile, continue to play as a team. With Timofey Mozgov controlling the paint, Julius Randle and Nance Jr. wreaking havoc, and D’Angelo Russell getting buckets, this was their fourth win out of their last five games. Luke Walton’s making a bid for Coach of the Month.