Minnesota's big three combines to get a bunch of buckets. 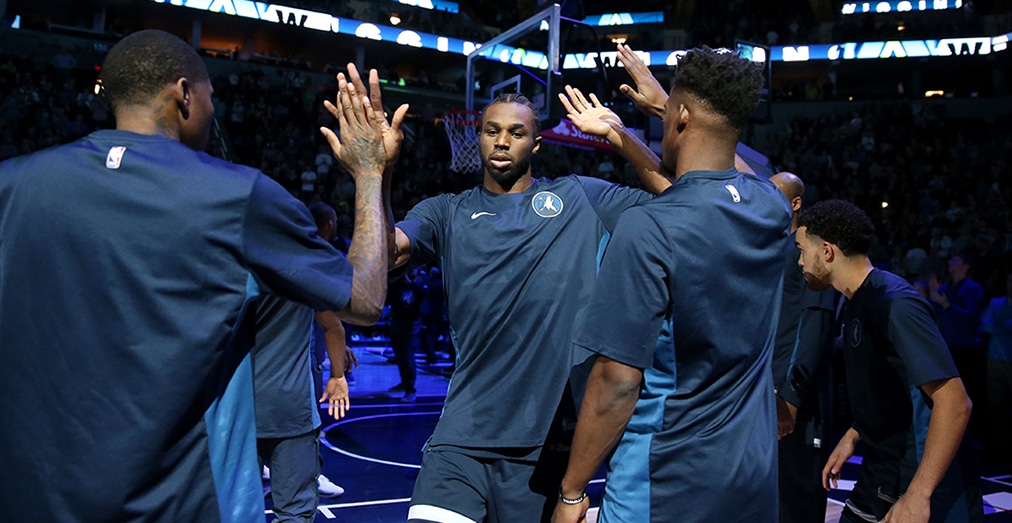 Minnesota’s big three responded to a disheartening loss on Friday night by going out and putting numbers on the board. Karl-Anthony Towns went off for 32 points and 12 rebounds, Jimmy Butler scored 25 points and Andrew Wiggins added 21 points.

Taj Gibson pulled down 14 rebounds (7 offensive and 7 defensive) to help the Timberwolves bully the Suns on the glass. The big three combined to score 78 total points. Besides winning the glass, the Wolves also came up with 12 steals that led to 30 points off turnovers.

For the Suns, Mike James came off the bench to score 26 points while Devin Booker sat with an injured right big toe.

The Heat scored just seven points in the first quarter, the fewest in team history for an opening period. But they got cooking in the second and fourth quarters, scoring a combined 74 points in those frames.

Miami had only five players for the entirety of the fourth and Goran Dragic had 14 of his 24 points in those 12 minutes. James Johnson added 11 points, too, and they shot 67 percent to close the game out and win their third straight.

Dragic scores 24 PTS, including 14 in the fourth, to propel the @MiamiHeat to their 3rd straight victory! #HEATCulture pic.twitter.com/IIVvd1MSHX

The Grizzlies have lost eight in a row. Despite a tie game at halftime, Memphis lost tonight’s third quarter, 32-18, and never made it back into the game. The Grizzlies haven’t lost eight straight since February 11-March 3, 2009, according to NBA.com.

DeMarre Carroll scored a season-best 24 points for the Nets.

DeMarre Carroll lifts the @BrooklynNets to victory with a season-high 24 PTS! #WeGoHard pic.twitter.com/BxJIHhqnIP