The Heat retire Shaq's jersey and snap their three-game losing streak with a comeback win against the Lakers. 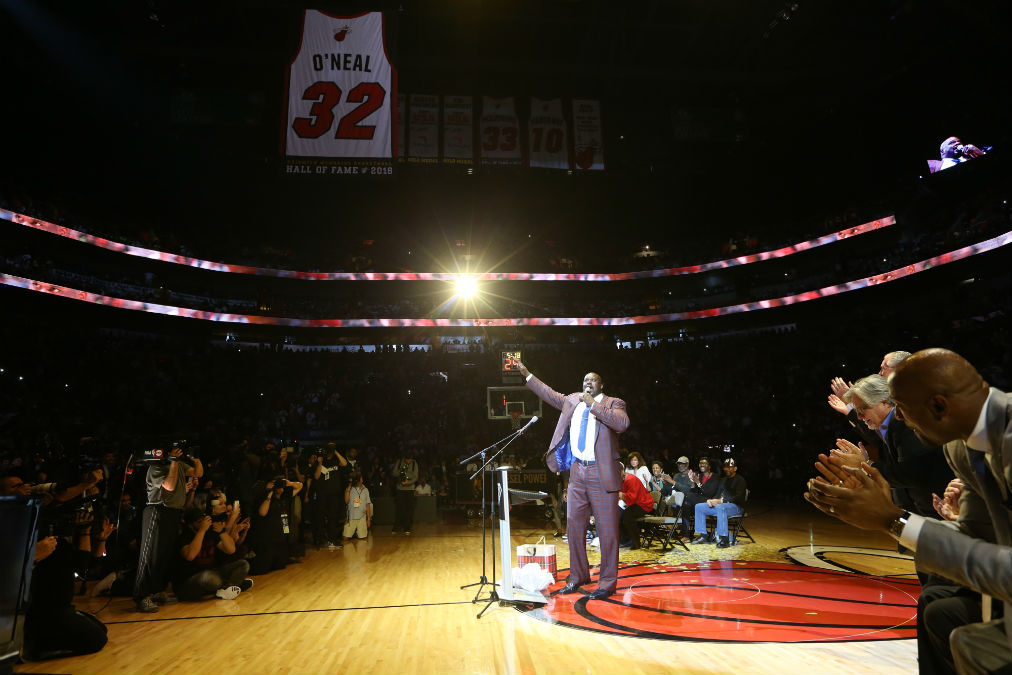 Isaiah Thomas went off for 14 points in the fourth, finishing with a total of 28. Before that, the Cs held the Pacers to just nine second quarter points. They were up by 4 with just five minutes remaining in the game. Then a pair of Al Horford free throws and a pair of buckets from Thomas put the game out of reach for Indiana. Jeff Teague had 31 points and 8 assists in the loss.

Brook Lopez went off for 23 points in the first half and the Nets racked up a 65-49 advantage. Then they committed 11 turnovers in the third and were outscored 39-19, being totally outperformed by the Dubs. Kevin Durant had 26, 9 rebounds, 7 assists, 3 steals and 0 turnovers in the win.

KD with the crossover and dime. https://t.co/jaNebtrzVN

The Knicks used a balanced team effort to earn a quality win against the Magic. Six players scored in double-digits, led by Derrick Rose’s 19. Kyle O’Quinn had 14 points and 16 rebounds off the bench, Brandon Jennings had 12 of the ‘Bockers 26 assists. Kristaps Porzingis exited the game early in the fourth with a right knee contusion.

The Heat got 23 points and 13 rebounds from both Hassan Whiteside and Justise Winslow, 21 from Goran Dragic and a combined 33 from James Johnson and Tyler Johnson off the bench. The young squad was flying all over the court, winning the rebounding, assist and blocks matchup.

Heat coach Erik Spoelstra said that his squad might have been inspired by Shaquille O’Neal’s jersey retirement ceremony. Speeches from Pat Riley and Shaq brought up memories of a now bygone era of championship success. The Big Aristotle thanked Udonis Haslem and Alonzo Mourning individually and looked like he was fighting back tears.

The Clippers bench exploded for 58 combined points. For comparison, the Spurs’ reserves only totaled 33. Kawhi Leonard had a great game, finishing with 27 points and 9 rebounds, but he didn’t get much help. LaMarcus Aldridge only scored 10 points.

Even though he left the game in the third quarter because of a strained hammy, Chris Paul led the Clippers with 19 points and 6 assists.

.@JCrossover gives us yet another example of why he has the perfect nickname. https://t.co/QGBCbKPwVv