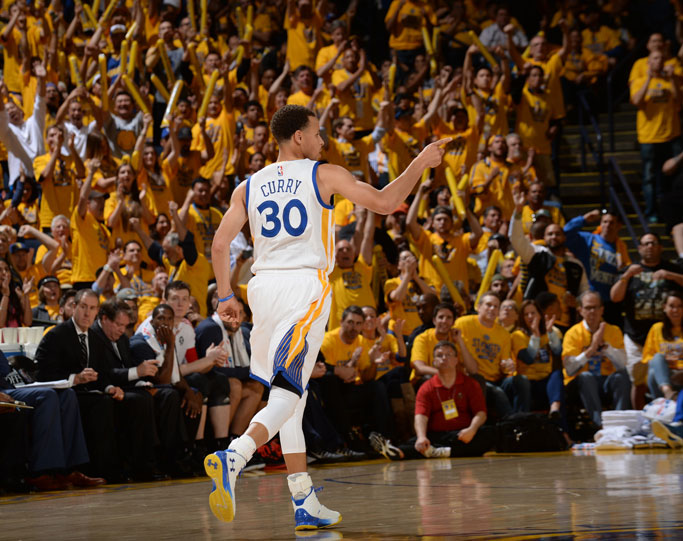 Paul Pierce ruffled some feathers when he told ESPN a few days ago that Toronto doesn’t have the “it” factor that worries him come playoff time. Raptor fans were obviously not too pleased, and they made their opinions heard with chants of “F— Paul Pierce” during Saturday’s pre-game festivities in Jurassic Park. Toronto GM Masai Ujiri had some choice words for Pierce, which isn’t too surprising after what he had to say prior to the Brooklyn series last year. Keep scrolling for video of the crazy scene outside Air Canada Centre.

The Pierce haterade continued inside the arena, as fans chanted “Paul Pierce Sucks” throughout the beginning of the game. Welp, The Truth quieted the crowd quickly, backing up his trash talk by sinking four consecutive buckets in the second quarter. He dropped 20 points on an efficient 7-10—including 4-7 from beyond the arc—from the field and was far and away the Wizards’ best player in Game 1.

Washington led 46-42 at halftime and extended its lead to 15 by the fourth quarter. That’s when T. Dot came roaring back thanks in large part to Lou “6 Man” Williams, who nailed several key jumpers down the stretch. He shot just 4-16 total on the night but came up with a couple of huge baskets and finished with 10 points.

Greivis Vasquez knotted the game on a 3-ball with 20 seconds remaining in the game, and after John Wall missed a J that would’ve put the Wiz Kids ahead, the Raps had 0.4 seconds and a chance to end it at the buzzer. Terrence Ross almost did the near-impossible and finished a lob pass, but it fell short and the game went to overtime. Paul Pierce hit the first shot of OT—a 3-pointer—to set the tone for the extra period. The Wizards jumped out to a 7-0 run and outscored Toronto by a total of 11-4 throughout the five additional minutes.

The Wizards held Toronto to 38 percent from the field and 20.7 percent from the 3-point line. The Raptors’ bench did most of the damage for the home team offensively; DeMar DeRozan was the only starter to reach double digits with 15 points. Meanwhile, Washington’s backcourt of John Wall and Bradley Beal combined to shoot an atrocious 11-41 from the field, but it didn’t matter in the end. Wall dished out 8 dimes and grabbed 6 rebounds, while Beal had 6 assists and 9 rebounds of his own. Nene posted 12 points and 13 rebounds—they’ll need the same type of outing from the big Brazilian throughout the remainder of the series.

Here’s what Ujiri had to say about Pierce’s comments:

#MasaiUjiri was back on stage at #JurassicPark …listen to what he said this time pic.twitter.com/bswzVaOXzd

One down, fifteen to go for Golden State.

The Warriors came out of the gate flying yesterday against the Pelicans, getting buckets from their usual suspects and building a 15-point lead after one quarter. The Dubs led by 24 in the third, and denied a late push from New Orleans with ease.

Stephen Curry looked a lot like the MVP favorite we saw all season. He hit 13-of-25 shots, including 4 triples, and finished with 34 points and 5 assists. It seems impossible to pull of a comeback win against Golden State when Curry can just walk the ball up to the three-point line and bury a trey if need be.

Draymond Green played a game-high 42 minutes at power forward, and finished with 15 points, 12 rebounds and 7 assists. Anthony Davis (more on him soon) was hardly kept in check, but Green’s big performance should quiet any concerns about potential matchup issues for Golden State.

Andrew Bogut’s awesome play rolled into the postseason, too, as he finished with 12 points, 14 rebounds and 5 assists. Klay Thompson hit 3/6 threes on his way to 21 points.

It wasn’t all bad for New Orleans. They consistently fought back following big momentum shifts, and showed nice poise for a young team. They were never in a position to win the game, but it wasn’t a blowout, either. For a team making its Playoff debut on the road against the League’s best squad (by far), that’s pretty damn good.

Davis was predictably tremendous, hitting 13-of-23 shots (9-10 FT) for 35 points to go with 7 boards and 4 rejections. The Pelicans fed him plenty, but he needs to be in the 25-30 shot range for New Orleans to really have a chance.

Quincy Pondexter chipped in 20 and Eric Gordon added 16, but Tyreke Evans shot just 0-2 before leaving with a knee injury. It was originally called a knee bruise, but ESPN’s Marc Stein later said that Tyreke “felt a little pop” in the area. It’s obviously a huge injury to monitor going forward. Game Two is on Monday night.

Expectations were to be tempered, of course, for Derrick Rose’s first playoff appearance in three years. Rose shot an uninspiring 37 percent from the field in the five games he played after coming back from a medial meniscus tear in his right knee. The Bucks boasted the league’s second most efficient defense during the regular season. Narratives rarely develop as we want them to, especially for A Kid From Chicago that’s been a lesson in ephemerality and entropy during the cycle of surgeries and returns.

But Derrick Rose was sensational Saturday in the Bulls’ 103-91 win over the Bucks to claim game one of their first-round matchup. He cut through the paint with aplomb, knocked down open threes and rode the infectious level of energy pumping throughout the United Center. Rose finished with 23 points on 9-of-16 shooting and added seven assists and two steals in 27 minutes.

“I only had three goals tonight,” Rose said after the game. “To have fun, to have no expectations and to compete.”

Jimmy Butler led all scorers with 25 points, while Joakim Noah tallied 11 rebounds and four dimes. The Bucks, who looked uncharacteristically uncomfortable on defense and floundered in the paint, were led by Kris Middleton’s 18 points.

The Bucks jumped out to a 10-4 lead before Rose split Michael Carter-Williams and Ersan Ilyasova for a smooth transition layup. The Bulls quickly overcame the sluggish start and posted 30 points in the first quarter; the final three came when Aaron Brooks collected an offensive rebound with 1.8 seconds to play and rifled an off-balance fadeaway that banked home at the buzzer.

Rose hit consecutive impressive layups in the second, the latter of which included a sprightly hesitation move to blow past Carter-Williams. Butler flashed a strong rapport with Noah and Pau Gasol, both of who fed him from the high post on memorable baseline finishes. The Bucks were held to just 29 percent shooting in the second, and Giannis Antetokounmpo was denied his ritualistic Vine moment once he found himself in serious foul trouble before halftime.

The Bulls created separation in the third off the strength of three consecutive Rose threes, and the team held the Bucks to a paltry 16 points in the fourth. Antetokounmpo, Carter-Williams and Middleton combined to shoot 15-for-43.

“The first quarter was fool’s gold for us. We are not an offensive team. That first quarter set a bad tone for us,” Jason Kidd said. “We thought we could out-score Chicago. That’s what put us behind in the first half.”

Rose left the floor to a thunderous ovation and “MVP” chants. After what had to be one of the least enjoyable 50-win seasons in recent NBA history, the Bulls kicked off their postseason in convincing fashion.

“It felt good. It felt normal,” Rose said of his return. “I’m grateful to be playing with my teammates. They allow me to play the way I normally play. It’s an honor. I’m really fortunate because I think anywhere else it wouldn’t be the same.”

For a team that Mark Cuban called “predictable,” the Rockets found a way to attack the Mavericks in multiple ways by putting up 118 points and being too much to handle in Game 1 of this first round series.

For the Mavs, Dirk Nowitzki (24 points, 8 rebounds, 6 turnovers, 10-14 from the field) had a fantastic performance, as he so often does once the Playoffs roll around. The Big German knocked down 7-10 on contested field goal attempts, according to SportsVU. He does, though, need to be more careful throwing passes to the guards trailing the play, as the Rockets sniffed out many of these lazy passes.

Also, Rondo posting a -25 in plus-minus is certainly an issue—this is the lowest plus-minus among all players in Saturday’s playoff games. “Playoff Rondo” needs to be making his team better when he’s on the court.

The Mavs consistently made runs throughout the night that got them back into this game. After Houston got up 32-17 early on, Dallas responded with a 25-8 run. When the Rockets led 80-66 midway through the third, the Mavs made the deficit 84-79 less than a minute into the final quarter.

The issue for the Mavs, though, came in making enough stops once they were back in it. Harden and the Rockets found a way to take Tyson Chandler (11 points, 18 rebounds) out of the Dallas defense by starting pick-and-rolls away from Chandler with the other big man on the court. Rick Carlisle is going to have to find a way to get Chandler back involved with his defense for the Mavs to have a chance.

And the biggest surprise of the night came from swingman Corey Brewer (15 points, 3-4 on 3-pointers), who suddenly found his stroke from deep at just the right time. While shooting 26.8 percent on 3-pointers this year and failing to make more than one trey in a game the final 18 games of the regular season, all Brewer did was drill three triples Saturday night, stretching the Mavs defense even more than it already was. On top of that, 13 of his 15 points came in the final 12 minutes. If Brewer can find a way to consistently knock down the deep ball, the Mavs are in big trouble.

Game 2 is Tuesday night in Houston.